Thomas Dorsher AKA Scammerblaster could be facing up to 32 years in prison with over $1 Million fines for charges in five crimes involving computer fraud and abuse, extortion, and harassment.

He is currently in custody at the moment.

It is believed that Toxic James is also involved as well.

here are the news articles

FARGO (KFGO) - An Oakes, North Dakota man has been taken into custody by the FBI and charged in federal court ... 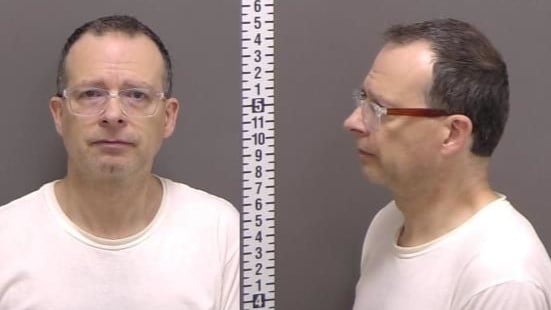 he’ll remain in custody until at least Tuesday

"The reason for my arrest and imprisonment is Onvoy/Intelliquent for 3 reasons:

I am 100% sure that his intentions were good. Us knowing him on here we know that 100%. All his attorneys have to do is A. Ask for a jury trial. B Provide a list of the examples of who he had asked the Networks to STOP providing numbers to SCAMMERS. C. Present EXAMPLES. D. Have some scam VICTIMS testify. E. Ask the question have you ever gotten a scam call and ask did they know some scam victims have committed suicide? F. Ask what has the Government done EFFECTIVELY to stop them because they have had decades now? ONVOY/ INTELLIQUENT FAIL THE SMELL TEST and they have greatly enriched themselves by making SCAMMING easier and IGNORING Scammerblaster’s pleas and make sure their NONEXISTENT integrity is glaringly apparent. Oh and Scammers don’t celebrate too early I saw they have been arresting your sorry asses lately too and many are on the run. Your downfall is soon.

Some research/asking individuals has shown:

For any of these facts/tidbits of information that I stated and prove to be wrong, I’ll donate $40 to scammer.info

I remember he was bragging about flooding Onvoys report abuse emails with scammer reports. But it’s Onvoy’s fault letting scammers willingly and deliberately abuse their services. I remember talking to him about one of Onvoy’s directors, of Indian origin being associated with scammers in India and possibly elsewhere. I also remember reading about a lone senator voting against a bill in the parliament which I think was in regards to stopping scam calls but associated with cybercrime which went through with an overwhelming bipartisan support. But 40,000 just sounds too good to be true.

O his intentions were 100% good. Anyone doing all they claim he did would never have OPENLY and PUBLICLY mentioned his supposed victims? He had begged them to disable 100% KNOWN scammer’s phone numbers but was met with callous disregard. He needs to COUNTERSUE all these suing him.

I agree with all your comments but the 40,000 he may have composite of all those that reported them. His evidence will stand on it’s own. TRUTH is an absolute defense. What looks apparent is NOT apparent in this case. He will prevail with a jury.

BTW whats wrong with him making the scammer’s look like what they are? Too bad there is not a ScammerDefenseFund website for so many on here.

You can’t “countersue” in a criminal trial. If the FCC’s allegations were false, he should have lawyered up months ago and sued for defamation. He didn’t. Most logical explanation of why he wouldn’t? Because that would open the FCC up to discovery against him and they’d be able to publicly demonstrate him being guilty of crime in a civil trial.

Ok but he can sue later on then AFTER they drop the charges.

I’m not an attorney but he can civil court AFTER then.

Federal cases have a 99.6% success rate. If he was going to sue, the window is gone. After they took his machines he should have:

The most logical reason for him to have not sued the FCC immediately was if the claims had merit. If he sued them, he would be put into ‘discovery’ and the FCC could get access to any records/files/etc that they requested. Said records would prove criminal guilt during civil trial, and he’d get fucked.

You are not ScammerBlaster. You are not one of his ‘victims’. You do not need to defend this man, it’s his job to defend himself. He will know what he has done and what he hasn’t. The only thing we can do now is watch it play out.

So you just said .04 lose. He’s in the .04 IF he has a lawyer that shows how rotten ONVOY actually IS. They KNOWINGLY profited from KNOWN scammers.

But again I guess he can sue in CIVIL court AFTER right? The “discovery” I guess will be part of this trial anyhow. I’m sure the prosecution will not suppress what they have.

But again I guess he can sue in CIVIL court AFTER right?

What would he sue for, that he committed a crime trying to thwart criminals? Not even a Civil Case! You can’t take the Law into your own hands and then sue Law Enforcement because you got caught or because they didn’t do what you wanted them to do, when you wanted it done.
Don’t need to be an Attorney to understand that.