Here is why deleting files is pointless 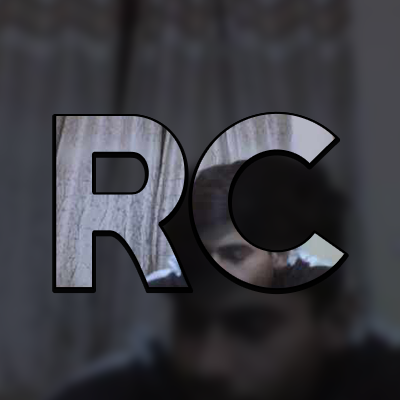 @ReconScammers
Here is one of the reasons why deleting scammers files is pointless, this scammer I am watching has data recovery software so if in the event his files got deleted he can recover them. https://t.co/KJqMLGFevH

They may back it up on hard-drives, using software like one drive it is kind of pointless to delete files and it just makes them reset their pc which doesn’t take a long time and then they cam scam the next day.

That is evidence that deleting files is pointless. Even if your doing it just for fun and troll its pointless as it just causes more harm than good. Download files, don’t delete them, be silent and don’t help the scammers by deleting files, giving away the method of deleting files and potentially ruining someone else’s bait (one of my friends has had this happen before after a scammers files got deleted).

It also deletes evidence as Indian police get that from the PCs.

It takes a day at most to format and re setup, back next day isn’t long.

Typically they just reformat and start scamming the next day.

I feel as more people should know about this.

Well, if you want to point out what is worthless, then why not mention how calling scammers just to waste time is as effective as deleting their files. Both are meant to disrupt their ability to scam, even if it is only temporary. Remember, while they are busy re-installing a backup, that pc/scammer is not scamming anyone.

Calling scammers is far less destructive which in my personal opinion is better. Plus, they have back ups PCs, that scammer could still be scamming. It is better to be silent than them knowing there hacked, certain info like logins e.g. for their calling software would get their password changed if the files got deleted, while if they didn’t you have the login for their calling software and can take calls from them. Stuff like that is more important than them loosing files. Even if you don’t get much information at least they won’t know you were there and you can do whatever you need to with the information you’ve gathered.

Jim is silent for a reason, he wants to really cause damage. If your silent and manage to gain access to some of their accounts and everything goes smoothly you could be in their for a day or a week maybe even longer or even less but it’d be longer than if they knew there’s a chance that account is compromised.

So in my opinion deleting files is pointless.

Sure, I can agree that for those out to find useful information on a scammers PC, it is pointless to delete their files. Same can be said about those who call flood a scammer and make it harder for a scambaiter who is trying to record a scam in progress for evidence too. It goes both ways in each scenario and really depends on your level of scambaiting on whether it is effective or pointless.

My personal opinion is never let them know anything and always make them wonder what the hell just happened.

Right, Dont Let Them Know
If They Knew They Will Be Much Smarter

Yah, what you want to do to create the most damage to any given victim is to do the same LE would do: that is gather as much incriminating evidence on your victim and attempt the highest privilege escalation possible. It’s honestly better to leave a job unfinished than to blow your cover.

A very true and methodical outlook! some good points that will help guide me in my journey as I am just starting out and a bit apprehensive sometimes. One thing is for sure though on a windows machine whenever you “delete” something it is just removed from the directory and marked as available for use by the system but the data is still there and can generally be made available again by a free recovery tool. You have to actually overwrite the free space to truly delete something. So in essence “deleting” files may make a good YouTube headline but not very constructive.

This has all the tips for beginners. I would check it out!

That’s probably what I’ll be doing. Stay quietly inside their systems until full penetration lol

Sorry but if I come across victim files, I’m not leaving them on a scammers computer just to preserve someone else’s bait. Victim safety is way more important than peoples scambaiting activities.

I think this subject is pointless because some data should be deleted: such as victim contact info or the text files on their desktop which contain info they type as they go about their day… that data is not backed up. Also, I have come across data that I know isn’t backed up like 12+ GB of pirated movies.

Finally someone is pointing out how useless it is to delete scammers files.
For anyone else thinking that deleting a txt file will save the day…
I am sorry, it doesn’t
Yes, you can delete a few victims information but once you do so basically is “game over”.
The more you mess around with their PC the more they get suspicious.
So…once you start deleting victims phone numbers and so on they STILL have a backup.
If a number it is in the text file it means it has been dialed with their soft phone / textnow. So they have the logs.
Also a scammer doesn’t work alone, they constantly share details with their boss and the others around them.
It is also worth to keep in mind that scammers work with lead list containing up to 50k numbers/email and so on.
So… deleting a small tiny txt file is actually exposing you and causing more harm than benefits.
Try to save victims calling their banks or stores and the scammers will always blame everyone else but you.
The quieter you become, the more you can hear

I Mean, The only way you’re going to ‘fully’ delete their files is through encryption/overwriting them. It’s highly illegal to deploy ransomware but even if you had a program to ‘overwrite’ the files or corrupt the partition table there’s still backups. Meaning you’d need to do additional work to even destroy their files completely. Calling them works fine.

Your not preserving others baits most of the time when doing this, your preserving the pc for all the other victims they will get in the future to save them. However, their could be a scambaiter on their doing their deed and could ruin it for them. Think long term, those victims can be contacted and warned and get their info secured those which have happened. In the future you can stop those before they happen. And even if you don’t it’s not game over, still a chance the victim can recover the funds or even if they don’t at least getting their info secured will help them a lot, I do think the victims safety is important, but just deleting won’t make them safe, you need to contact and if you can make them safe and not deleting files then it’s a win win.

Its about being silent and making sure you can save future victims which is more important.

Hence why I wouldn’t delete files as if I were to be on a scammers computer that would stop me from gathering more scammer info and saving victims if they decide to reset over it.

As mirco put it in the comments the silenter you are, the more you hear.

But you can call and warn the victims, make the expect other calls. I’d rather the scammer not know I (if I were to be accessing their systems) to not know about my access (If I had any access to scammers computers) so I can gather more info and save future victims.

If you can warn those victims about the scam and help them secure the information then they should be fine. That info will be stored in their PBX anyways (the numbers) and will probably be sold that way anyways.

Having access for longer is better than a few victims, may be hard to do at times but you learn it as you progress.

Most scammers won’t try and recover it anyways since a few victim details aren’t that important when they do 1000s to 10,000s of calls a day.

If you time things right or analyse the situation well then that helps when being silent. Silence can be a magically thing, I definitely agree with what your saying.