BOB RTC is shutting down

That is actually genius. Thank you so much for that suggestion!

There are a bunch of area codes that are not used. I also use (area code) 867-5309 and I look at TextNow and google voice (and others) to find available numbers in a bunch of area codes. But I’ve been doing what you do lately. It’s brilliant and if they call back to abuse, it goes to another scam call center.

Continuing the discussion from Bobrtc down?:

Sandbar, I was just roaming around and I tried creating new accounts for both BobRTC and Bait Army - no luck. Are they still alive?

Sincerely,
The scambaiter formerly known as EvilScamBaiter.
Btw: How is the family, the Generac system, the business, and scambaiting doing?
All goes well here. I retired from work. I’m screwing around with scammers who call our phone numbers.

OMG!!! I am so surprised and happy to hear from you!!!
Yes, BobRTC has permanently closed.

FCC proposes a $116,156,250 fine against Thomas Dorsher, ChariTel Inc, Ontel Inc, and ScammerBlaster Inc for apparently willfully and repeatedly engaging in conduct that apparently violated the Telephone Consumer Protection Act and the Commission's rules I want to first say how incredibly angry I am at this news. I think we all know what happened here. ScammerBlaster is taking the heat because a shit child—or a severely retarded young adult—put in a number going to AT&T Network Fraud int…

Sad to know that BobRTC/Bait Army has closed shop. I found their July 3, 2022 notice earlier today. I guess we all saw it coming a while ago since they were talking about a new business model. Evidently, the service and rate increases were to much to deal with and a new business model didn’t/couldn’t sustain Bob.

So, since Bob is gone, what are scambaiters primarily using now? I’m researching alternatives. I might return since our telephone scammers aren’t much fun.

Tell me about your scambaiting escapades. How is the family and the business?

Recently I began giving our phone scammers a hard time. This is the first time since leaving Bob that I’ve done this. It made me wonder how the scambaiting community was doing.

My [email protected] and Discord accounts are still working if you would like to reply via one of those.

Sad to know that BobRTC/Bait Army has closed shop. I found their July 3, 2022 notice earlier today. I guess we all saw it coming a while ago since they were talking about a new business model. Evidently, the service and rate increases were to much to deal with and a new business model didn’t/couldn’t sustain Bob.

TextNow is the best way to get free numbers.

Send me a friend request on Discord. I sent you a private message here.

I’ve signed up for a voip.ms account. Now, as I am only using these numbers to troll scammers and don’t care if they can call me back, is there a way to make numbers outbound only? It’s not a huge deal if not, but I’m curious.

It would be nice if a collective effort could be made here to start an ‘all inclusive’ RTC/Voip site for scambaiting. An automatic rotating caller ID using an unused North American area code (like 221, 231, 237, 238, etc.)

I really, really like this idea. I have no idea where to even start with something like this, but I love it and would love to find a way to contribute to such a cause. 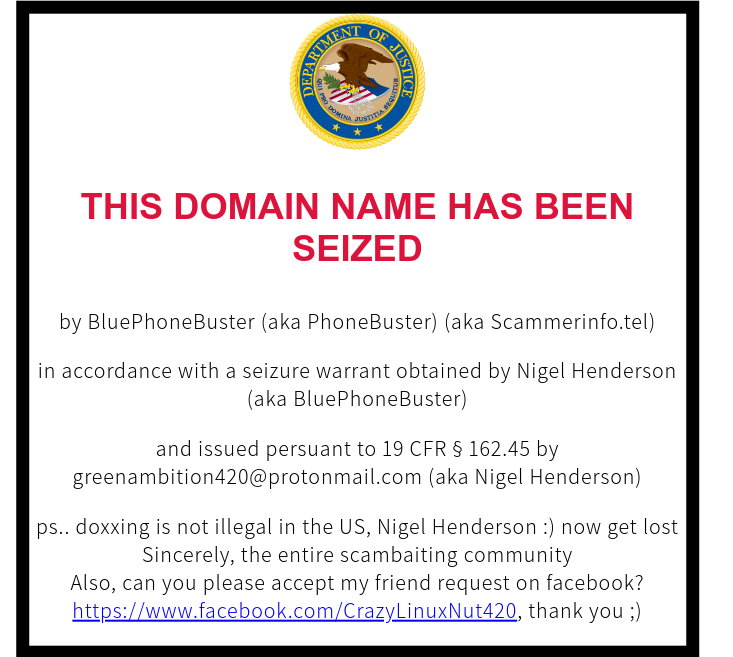 Just seen that, smh.
I’m not fully aware of the actual problems with this guy, just started hearing but he seems to be a real asshole.

had a feeling bob didnt jus shut down so suddenly because of money
…my conspiracy self thinks they had pressure from indian agency’s , infected there support staff with government level RATs …worked there way up… found out bobs team and admins real identity , “give me admin access or else”…bluephone guy probably a decoy/spy of sorts

been on bob for hours and hours daily ,from livepcexpert to smartfares to cheap flightsfares , myphonesupport, premium techie …to guruaid …bob annihilated SSA scams . the entire damn category

i remember when kenzo and that older guy gave people beta access to bob before it was even released … this site brought all these people together and fought like brothers ; got attacked from all sides by ddos and big lawyers …

but knew our duty to the general public and their grandmothers…

we wont get another bobrtc or kevin samuels for years…

And guess what will happen next? Something far worse. BobRTC and the rest were within the laws, without that people could do as they wished.