(941) 909-6760
Insurance- auto, home, health and life insurance.
Is this a scam? I’m not sure, but they use overseas call-centers to bypass the DNC list and FTC guidelines (laws) They called my number in the DNC registry and also a friend on the DNC. American companies who participate in this to bypass US laws are scum.

Welcome @UserCruiser I can’t not mess with them. It’s in my DNA to abuse and mess with scammers. 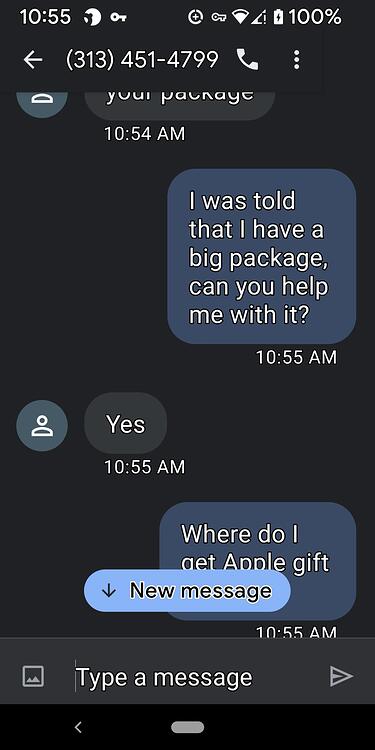 Add me to the troll 2🤣
on text now I am clueless thinking Im tin g to a friend about package … He acknowledged it … He said he got my package … talking about the dabb rig​:rofl:

Extra info: Order on email? No other info.

LMAO! I am glad they can help with that package!!!

(909) 301-4440 PayPal. I’m on the phone with Alex Williams from PayPal right now. He is not the smartest scammer I’ve dealt with. I’m trying to help him connect to my virtual machine.
He’s going to have his boss call me back.

Additional info: Email about renewal. They want your email so they can send a link, I gave them a disposable email.

I made a new post about this but it can be moved here.

Scam Number: 959-300-6168
Domain Used:
Extra Info: This is your typical vehicle warranty scam. (Although this one let me call them back which is the only reason why I’m posting it here) They asked about a 2017 Honda Civic (a car I’ve never owned) so I went through about 3 people, a dispatcher, a technician, and an “authentication department”. After about 10 minutes and 2 faulty cards I broke it to them that the person they were talking to died 6 years ago, never lived at that address, and never owned a car like that. They said “why didn’t you tell that to the first guy” and said “good luck with your repairs” and hung up.

Edit: Update: I called a few more times and the first guy picked up again and was like “is this (insert last name that’s also a first name) that I’m speaking with?” and I said yes and asked them to remove my number because I never owned that car, and the person with that name died 6 years ago. He said “in order for me to remove you from my list I need you to confirm the year make and model of your vehicle” and I told him the fake car they thought I have and he said that he needed my ACTUAL vehicle in order to delete me from the system. I told him that they would just spam call me about that car so I told him I wasn’t going to give it to him and that he can go k*** himself. He said that he was going to put me on their do not call list.