I upset them with almost one hundred calls in rapid succession

I haven’t had a lot of time to hammer these gooses today due to the 261 mainly toll free numbers running traditional refund scams.

"Welcome to Spectrum, now offering Spectrum Mobile. This call may be recorded for quality and security purposes. If you know your party’s extension, you may dial it at any time. Press 1 to make a payment, press 2 for account details, press 3 for technical support. And for all other inquiries, press 0." 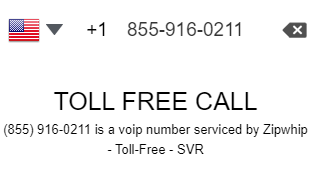 Based on my experience with Spectrum customer support, they don’t have music playing in their calls. Regardless of which number I press, I always get redirected to the same scammer.

I’ve been hitting these idiots, but I only have 9 lines. I should have known that you were already on them. They are the most aggressive bunch that I’ve found in a long time!!

Regardless of which number I press, I always get redirected to the same scammer.

I noticed that too. They are ALL super aggressive with plenty of insults and dead threats! I’m hitting them with everything I have and the number is still up!

I sent SB an email earlier too.
I also called out the big guns in @BiggusPrickus ! He has the most resources of anyone I know.

The phone is already being flooded by scammerblaster bot

This has to be costing them a fortune with the toll free number. I’m hundreds of calls in and they haven’t even blocked a single number yet.

The person you’re trying to reach is currently unavailable .

Gossip from one of the scammers. I didn’t expect this at all.

(He’s talking to soundboards of scammers from the same call center)
If this number ever gets active again and you get connected to Shawn, tell him he’s a fat boy.

Hahahaha I literally just got off the phone with “Shawn” lmao. He was crazy mad lol. Had him on the phone for about 15-20 minutes.

They never last long once I locate them.

They don’t like being overwhelmed with hundreds and sometimes thousands of calls, which either conference to themselves, or to silence dead air.

I’ll call you back on a better line.
(yeah right that’s going to work great to give me another toll free number…thank you idiot

They’ll never learn or by the time they do it’s going to cost them a fortune in toll free calls.

I get a lot of these calls, usually two or three every day while either hunting for them or flooding them.

A lot of call centres switch their auto answer button on then wander off to play on their phone or talk to someone and they have no idea I’m on the line recording it all.

I had one last week that lasted for 1 hour and 18 minutes of them discussing ways how they could steal more money from “the idiot Americans”.

Only if they can last a few minutes online because I know what real estate they occupy every day and take them out the moment they swap to a different number.

They’re too cheap to buy more numbers then I’ll capitalise on that very laziness and stupidity.

Ah geez how’d you piss him off? Haha