After accepting my friend request, the scammer asked if I had a 2nd Steam account, as someone “impersonated me” and stole $120 in items from their inventory. 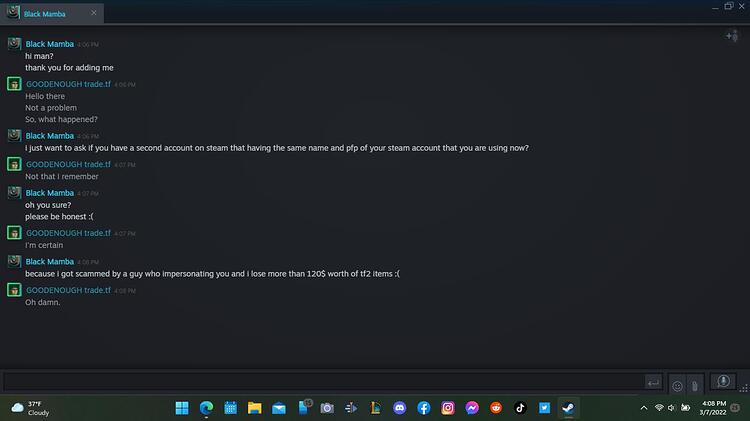 They will then explain that they “accidentally reported you” and that there’s a problem with Steam Support, urging me to speak to the “Steam Admin” on their Discord account - Mattie-Valve-Employee#9141 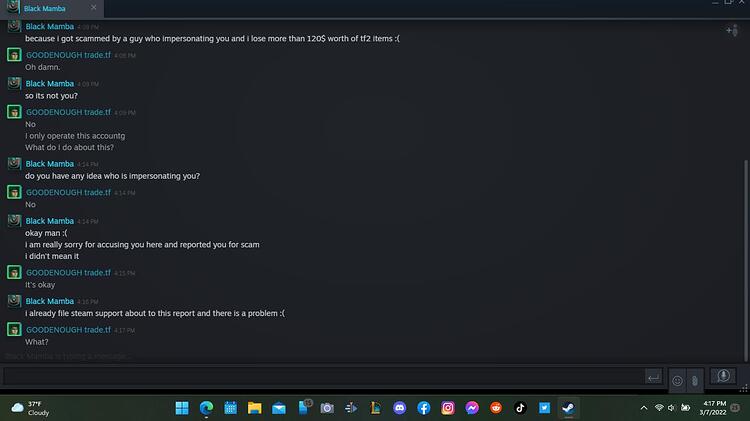 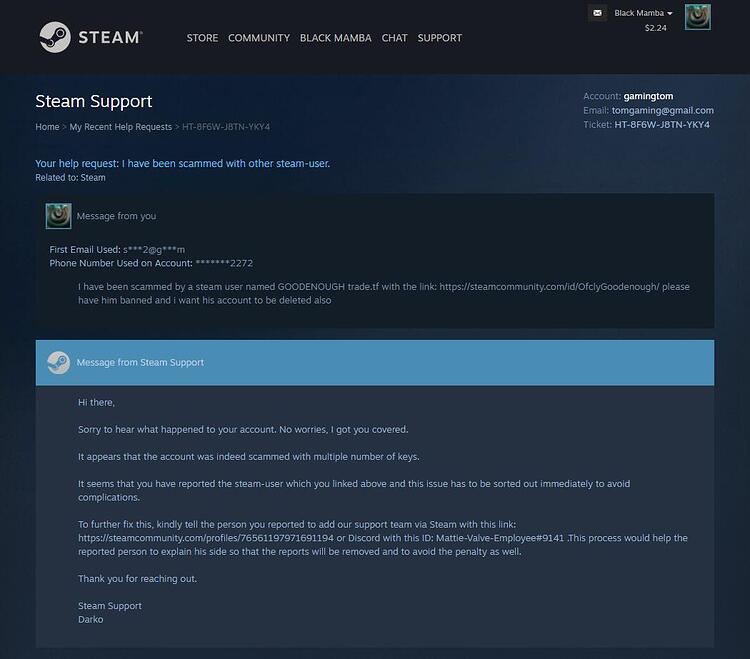 Upon communicating with Mattie, I was asked to provide my trade url so they can see if I was “really involved in any illegal or fraud/scam issues.” After checking my “trade transaction data,” I was provided the following “error:”

I was then warned that if they “cannot determine the suspicious items in my inventory,” my account “would be deleted on Steam permanently.” 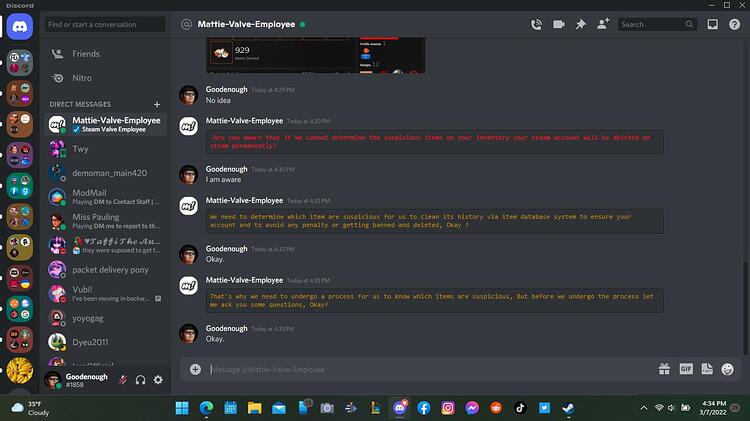 I was then asked the following questions:

He then told me about the “process,” which involves trading my “suspicious” items away to their database. I then attempted to grab their IP Address, but was swiftly blocked.

All screenshots here are from discord.id

I have also come across these before here’s a user that I have found. This would be the second time. 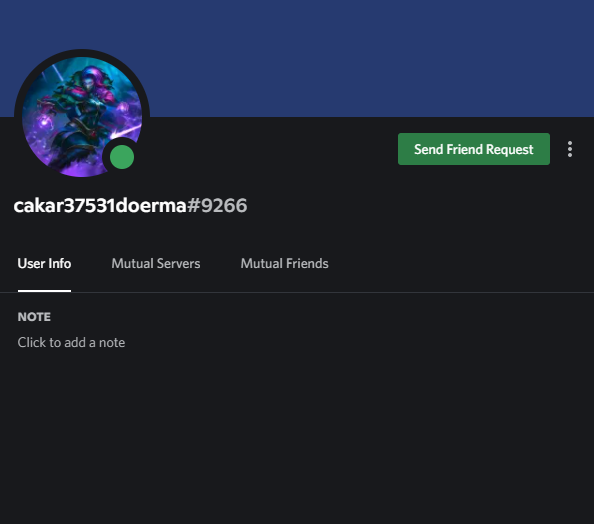 this is an image they used with my info obviously placed into the screencap. I was able to reverse image search this post funny enough. I’ve been wanting to look into spam baiting maybe someone with more experience with this could use this account. In the image, you can see the “steam admin’s” discord ID. 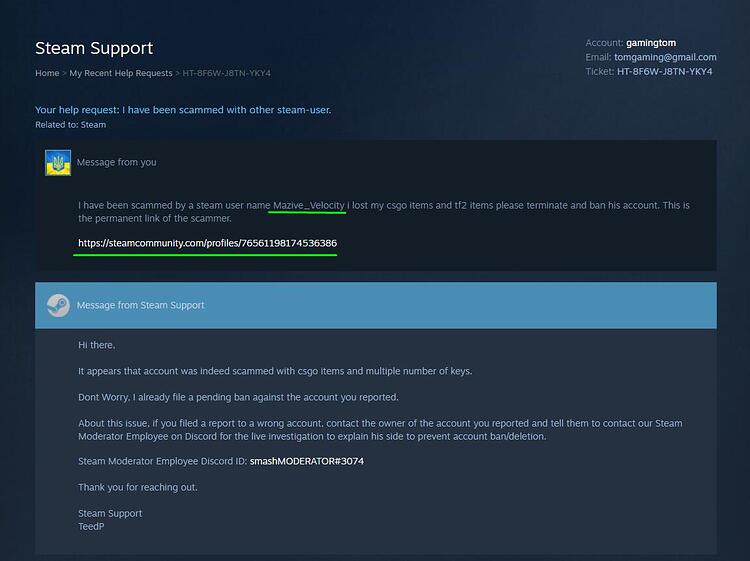 Steam users: Don’t fall for the "I accidentally reported you" scam

Out of the blue, a Steam user tells you they've reported you for something you didn’t do, and your account is being suspended...

Welcome to the community of Scammer.info