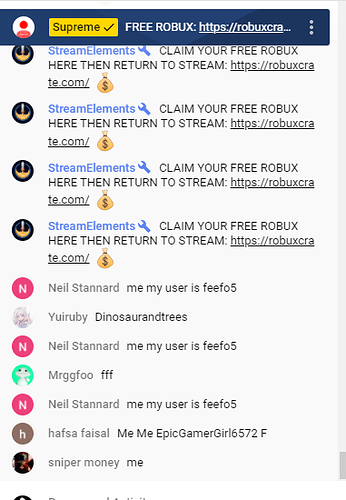 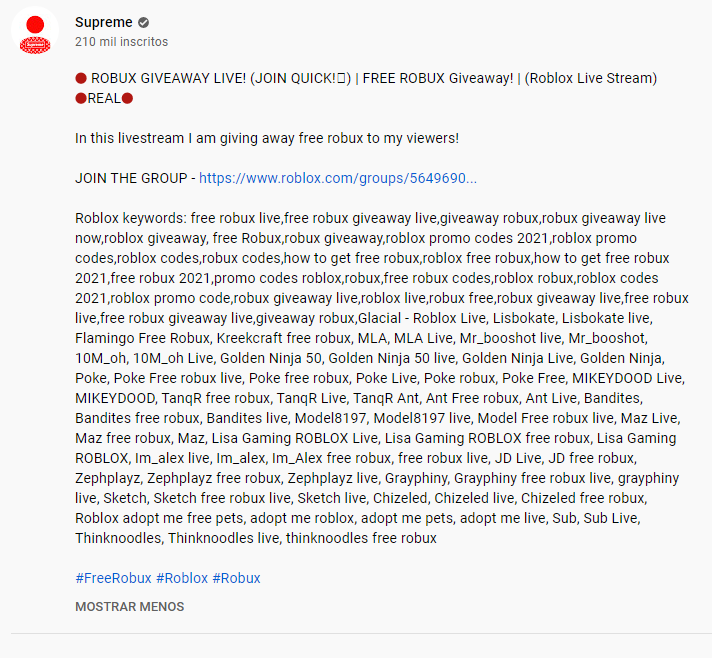 I went to an archived version of Supreme’s channel and it was a channel called Wef with only one video: 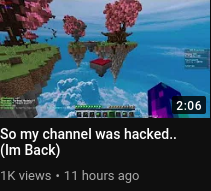 On that same archived version of Supreme’s channel there was a link to a Discord server, named “Supreme’s Mansion” and the invite for it came from a deleted user. So either Wef’s Discord and YouTube were hacked (which is pretty unlikely), or Supreme is Wef, which is way more likely.
Edit: I found an archived version of Wef’s video and his voice sounds completely different than Supreme’s. I just thought that Wef was Supreme because most of the time, fake channels like this will change their name frequently either because their channel gets terminated, or just so YouTube doesn’t catch them. Anyway, I alerted both Namecheap and Cloudflare about the fake robux website.

So either Wef’s Discord and YouTube were hacked (which is pretty unlikely), or Supreme is Wef, which is way more likely.

Update: Their website and domain are still up, however when you visit the website it just redirects to the same “Checking your browser” page over and over again, which is definitely good and will probably make a lot of potential victims give up on that site. W!

“Supreme” is back with another scam live stream, now with a different website: https://robuxchest.com. I’ve reported that website to their domain registrar (Wild West Domains, LLC).
Update: Right as I sent an email to Wild West Domains, I got an email from “Domains Priced Right” saying I have to complete my abuse report?? wtf?
Update 2: LMAO this is the laziest domain registrar I have ever seen (screenshot taken from the abuse report form)

Update 3: Wild West Domains and Domains Priced Right are either GoDaddy-owned companies, or their services are powered by GoDaddy, because I just got this email:

rip.
Update 4: HE’S BACK AGAIN! robuxchest.com is down, so the website URL is now speedybux.com. Will report.