"You were reported in here" SCAM SERVER

Server is impersonating the Roblox group Pаrаgоn Games, who openly admits to NOT using Discord. There are also over 12,000 members in said group, which heavily implies the scammers have artificially inflated their membership with a botnet. 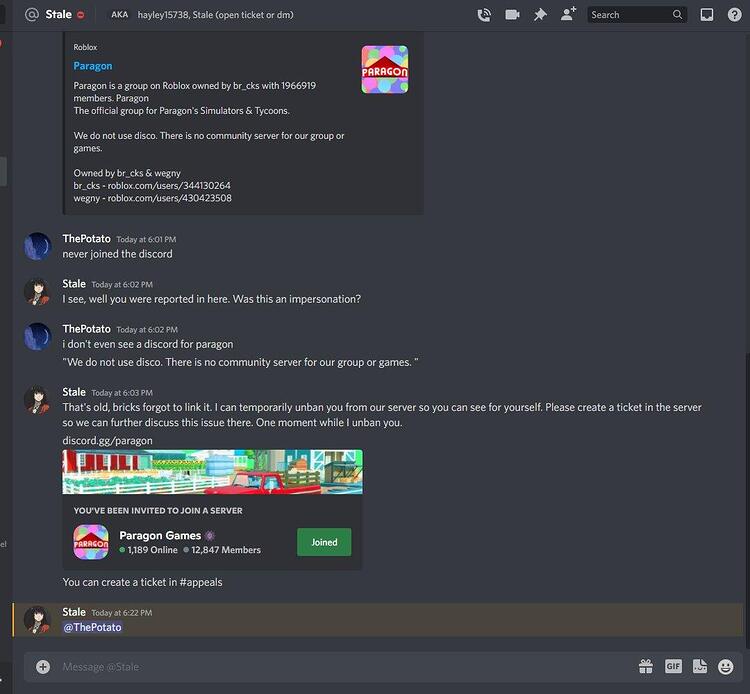 Scammer claims you were reported in the server, urging that you join and submit an appeals ticket. The server is relatively new, having been created on March 30, 2022. 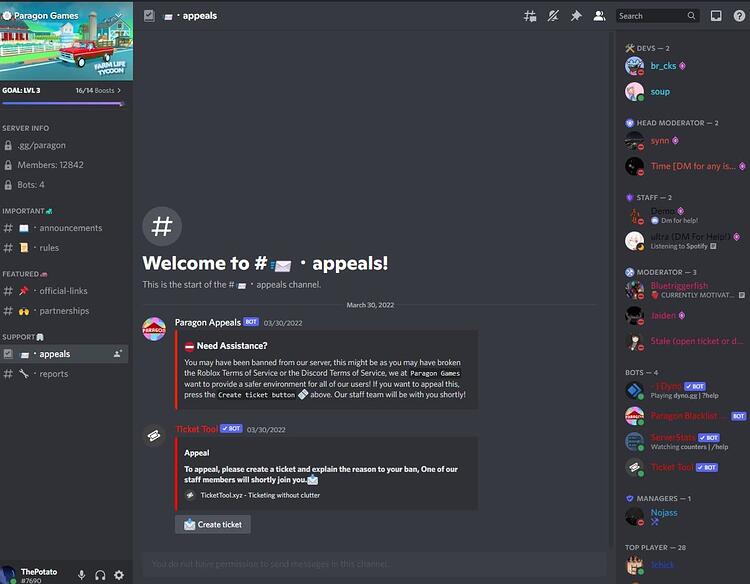 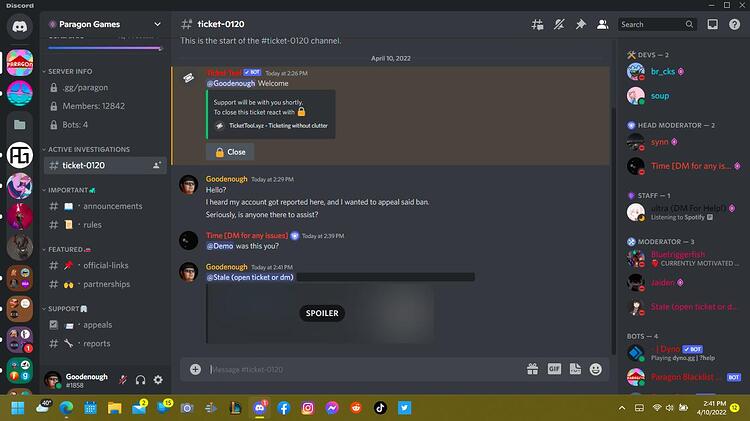 These scammers are specifically targeting specific Roblox users in order to steal their accounts.

Yeuppp. Same scam happened to me. They sent me a DM that I got banned from some server which I didn’t recognize, then sent me a picture showing my toxicity and asked my if I was getting impersonated as well. Went along with it to clear my name.
Got invited me to a discord server for a popular game, which after doing some further research on it, turns out the group didn’t even have a discord.
Got into a voice call with two other people, I shared my screens showing my DMs with some members to show that I was indeed being impersonated. After which, they requested I verify my account by resetting my password, which already was ticking me off that it was a scam.
I dodged it, and proved using another method that it was indeed my email and indeed my account. After which they kicked me and deleted all DMs with me.
Honestly very elaborate scam. Got to spread awareness on this, almost fell for it truth be told