"You have been gifted a subscription" SCAM SERVER 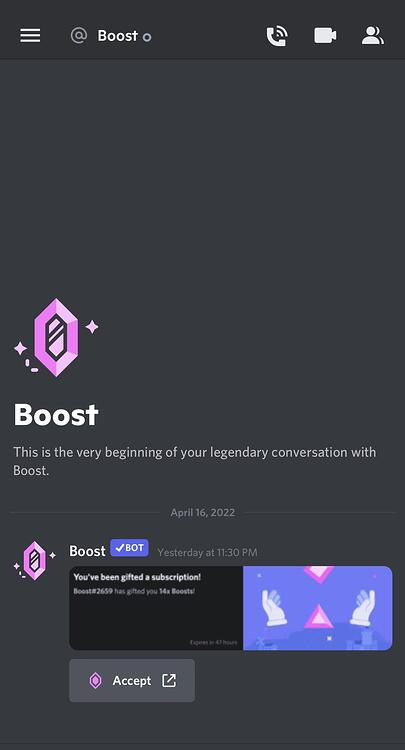 Requires users to join the following servers in order to receive a “boost:”

Users will also receive a DM from the Isabelle bot requiring you to join the following servers before asking for a free boost from the Giveaway bot:

Once you DM the bot, you are then asked to join the following servers:

Check out the Sentri | Social • Chat • Chill • Giveaways • EGirls community on Discord - hang out with 73,665 other members and enjoy free voice and text chat.

It claims that I won a “giveaway” from a server I’m not even in (I share no servers with this bot), and the discord.gift link is spoofed and goes to said link. It also says to add their bot to a server in order to redeem the reward. Highly suspicious. This is one of the most elaborate scams I’ve seen yet; I thought it was possibly an attempt to scrape which servers I am in, but “idiots making you join their servers” seems more likely. 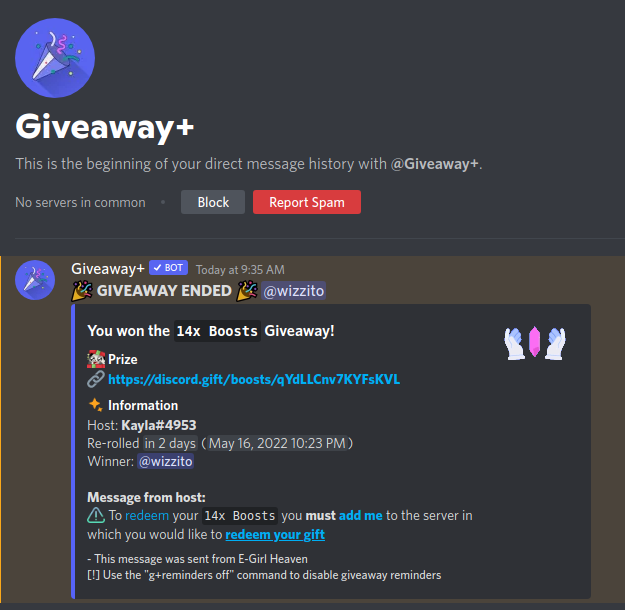