Trilogy media being slammed? what do you think?

I have noticed some people do not like them, but some do. However, I found this article on my firefox page. what do y’all think? 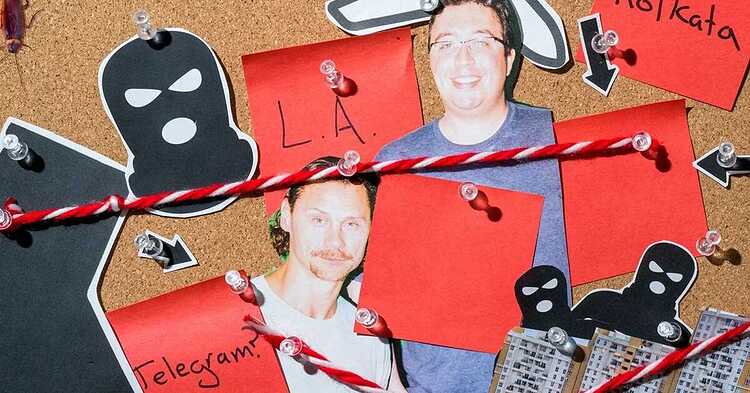 Los Angeles-based Trilogy Media took “scambaiting” to a new level, but some claim they’re gaining viral fame at others’ expense.

First, go after real scammers. There are so many Indians who work hard and make very low wages compared to US or European workers. There are tons of genuine call centers in India employing good people. That does not mean they have to take on scamming as career and to make more money.

We should work to stop Scammers getting 808 or 800 like numbers without proper name of owner and contact details. I cannot get a Textnow account/number with a fake email account, how are they getting it?

Educating older people in the target countries is important now and must be done ASAP.

I have friends who live in India who get scam calls and text from other Indian just like we get in the US and abroad.

Here are some actions can think of:
Educating the vulnerable
Government regulations and restrictions on giving foreign nationals US/Europe phone numbers
Scambaiting and exposing

Trilogy Media is exposing what is happening in these call centers. Kudos to them. Same goes to Jim Borwning. Keep up the good work guys…

For Trilogy media, I think it is mostly out of good faith, and I think most scam-baiting YouTubers have good intentions also. However, there is one thing to me that really just irritates me about the youtube side of scambaiting. demographics. here me out:

While anyone can be scammed, (and I mean anyone) a demographic of scams tend to be elderly (or was). Why are we not seeing more from the mainstream media about these scams? besides maybe a segment on the news so often? That I will give people like Trilogy Media and Kitboga credit, because they are going on a platform where closely enough that demographic can see what is going on.

That being said, we can’t ignore YouTube either, they help people that are younger be aware of scams also, so they can help stop them also.

However, we got to watch out in the scambaiter community, we have people such as Malcolm Merelyn, over here faking it.

But overall, I think Trilogy media is good.

Educating older people in the target countries is important now and must be done ASAP.

OMG Thank you!!! yes! If you were on reddit, I would award you now!

A well written long article. Thanks.
My observation:
Most scams that affect the western folks originate from India.
To my knowledge, Trilogy has not harassed a single person who is not a scammer.
Trilogy has helped reformed scammers.
Trilogy take great risks in exposing the scammers. They take precautions to hide scammers’ families identities.
Each scambaiter has her/his own technique. All are fair if they do not harm/harass innocent folks.
I do NOT envy if Trilogy raises funds and gain publicity to follow their cause/mission.

I also agree with your views about Trilogy.

To me, that article reads kinda like a whiny hit-piece.
Sometimes Ashton swears like a pirate–a wounded pirate, even–but sometimes I can, too. I think that’s about the only criticism I can think of.

I haven’t watched anything from them lately, but enjoyed seeing them at the People’s Call Center. Art took over nicely when Pierogi was overcome from talking to Angel, a lady the group saved from a scammer. I thought it was really nice when the folks in Trilogy’s “squad” contributed for a lady who had been scammed out of more than $8,000. I think the check they gave her was for more than that.
And I enjoyed the hell out of seeing them and irlRosie collaborating.

I learned a saying when I was in the Air Force, comparing opinions to a certain lower posterior portion of the human anatomy: “everyone’s got one.” And sometimes “And they all stink” was added to that.
No, not everyone in India is a scammer, but experts have said if all the call centers in Kolkata got shut down, scamming worldwide would drop by (if I remember correctly) 85%. And some call centers are running a day shift that scams Indian citizens, I think that’s where I found out how much lakh rupees is, from articles about it in the Times of India and other publications. (That’s what some victims lost; ₹100,000 is a little over US $1,229 right now.)
I see it as awareness, and not just entertainment.
So that’s this reader’s opinion.

When something becomes mainstream then of course the media will start to talk about it, good or bad it doesn’t matter, it is important to sell the news, that’s it. Of course we can all have our opinions and when it comes to me I think of YouTube as a very powerful tool to spread awareness about scams of any kind. At the same time, most of the people aren’t looking for a boring explanation of how scammers operate, they want to see them angry and going crazy.
The algorithm captures that sentiment and Youtubers are forced to do whatever is necessary to get their videos viewed, clicked on, and ranked at the top. It’s a very competitive market out there and YouTube is basically promoting videos of scambaiters deleting scammer’s files, “destroying” their PCs, and so on. Basically the algorithm is associating scambaiting with pranksters so it is easy for the mass media to just talk bad about scambaiting if they want to. Just my two cents, of course.

oh yeah, the reality of me for Scambaiting is: don’t mess with deleting files on their computer, mess with time deleting their bank accounts. let me explain:

I have done both tech support and PCH baiting in my past so couple of months of me actively doing Scambaiting. In all time, I have realized that doing anything with their computers doesn’t hurt them as much, thanks to onedrive and many other cloud storage apps. You gotta break them based off money, money makes the world go around. So, when I get a wire transfer information and/or bank account, I report it and then possibly later there is an investigation. When in case, if it becomes successful, that makes a dent more then file erasing, because the scammer’s source of money gets cut off like a pig leg.

Time is also money. So the more time you waste the lesser chances they have of scamming someone else. This is a tried and tested textbook method.

yes it is. these past two or three days I have wasted about 137 minutes of scammers time, and I bet they lost some pocket change.

That is absolutely false!
That theory is impossible unless every scammer is on a call every minute of the day
I can tell you that is far from the case unless they are robocalling outbound.
That is only the case with the Medicare and some TV/Internet scammers
The amount of people who think they’re saving at least a gazillion people by making 10/20/30 minute scripted outcome calls is astounding.
There are so many tried and true laws of physics which say it cannot be possible achieved.
Then again, so many people believe sadly anything they’re told from a self appointed expert with a YouYube channel