[still] trying to get on scammer mass email/call lists

alright this is a little bit of a repost from over a month ago but the thread has gone absolutely stale and i have now realized that it was in the wrong category.

so basically I need a little help getting on scammer mass email/call lists. I’m looking from anything ranging from amazon fake order emails to voicemails about ‘ello your computer haz viruz’ to social security scams.

So far I have been putting my throwaway email and voice numbers into those fake giveaway or free gift card surveys, and i mainly seem to get at-least semi-legit telemarketers or those calls where they stay silent and just hang up after 10 seconds. so far the only legit scams ive had call me are one federal grant (gift card verification card) scam and a amazon scam but my wifi was glitching out so i didn’t have a chance to do much. (I have called up some scammers posted across this site but im trying to get scammers to come to me here)

as of yesterday i posted one of my throwaway emails on mugu guestbook, and so far i have only gotten 2 people–1 person seems to be just memeing around (understandable) and the other person isnt a particularly vile scam, its some relationship advice thing except its literally just some random person emailing you some plain text so not much to see there (im still perusing it anyways tho).

some advice i found from way back on 419 eater is that the more guestbooks and other places where you can publicise your email/phone the better, and i am trying to do that but i dont really know how to find any guestbooks. Anyone know of some other guestbooks that would be good to put my stuff on, and/or some other ideas on how to get scammers contacting me? I know that just calling up scammers does work and ill persue that too over this break but it doesnt seem to do too well for me… oh well. thanks in advance.

Oh really? Thats hilarious. I honestly would have figured that I would get banned from here for doing that but ig here goes nothing–here is my throwaway email and voice number:

Hi! @jjj333_p most of the scam emails I have gotten from mass emails are 419, I can forward a bunch of them if you want? I started getting a massive amount of those after I responded to one 419 and then they haven’t stopped for me. I am not sure how to get into a list for emails from tech support.
Let me know if you want the 419!!

Ill take the 419! foward them to me and ill just remove the fowarding header to make it seem legit. thanks! 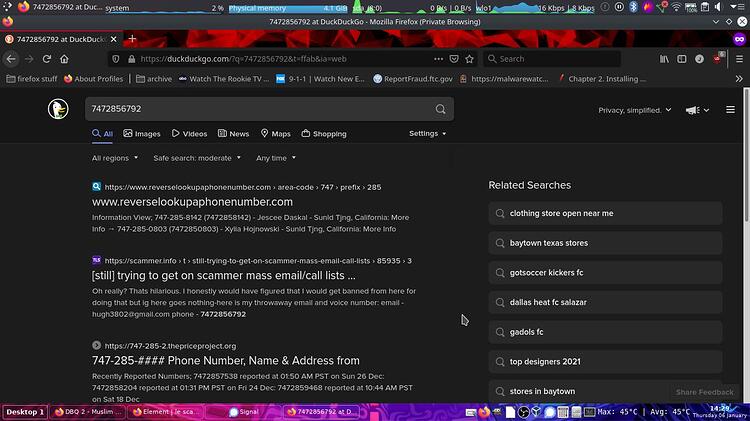 7 months later, here is a thread i made that might help you

How to find 419 text/email scams Scambaiting

As promised, here is a quick guide on how to have so many 419 scammers messaging you that you won’t even know what to do with them all, think atomic shrimp vibes. the beauty of this is its a really low effort bait and there is so many that you can just sorta try whatever you want and if you ruin the scambait just move onto the next one. I’m going to break this into sections based on platform. Email This is possibly the easiest way to find these scammers, I just don’t use it too much as I gener…