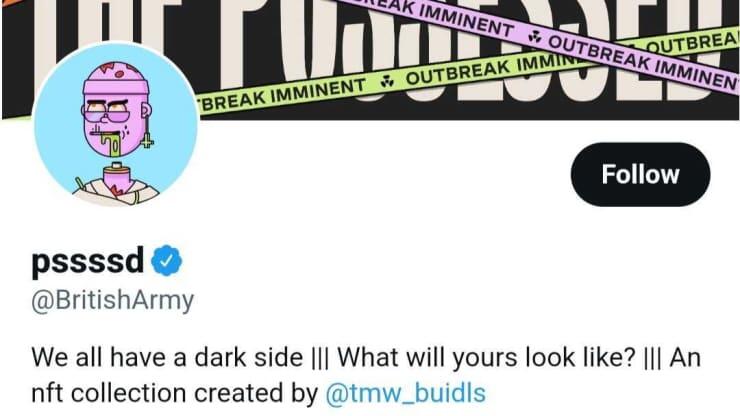 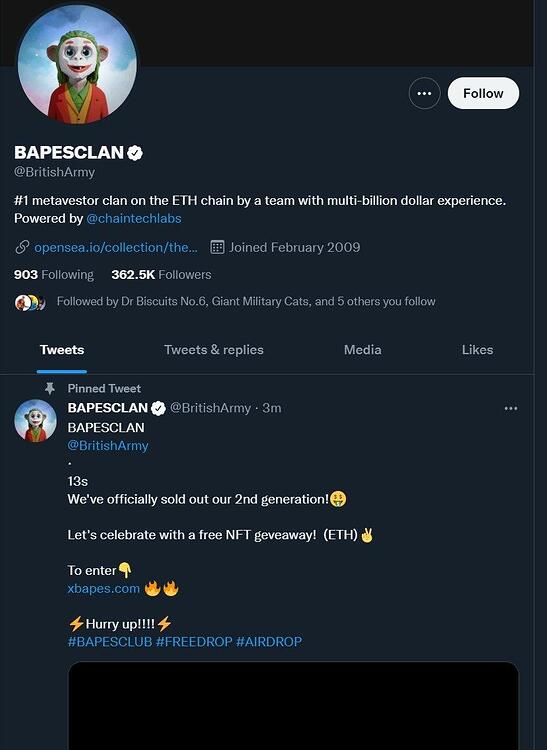 The official Twitter account for the British Army was compromised to promote The Possessed NFT and Bapesclan. Tmw, the founder of The Possessed NFT, has addressed the issue noting that the scammers spread fake info, asking for some of the news agencies to clarify if they were in fact impersonating their NFT project.

@tmw_buidls
[email protected] has been hacked and is spreading fake@ThePossessedNFT info. Forget us, please report their account as compromised as this is not okay

Registered in Zuid-Holland, Netherlands via Registrar.eu on June 26, 2022 - Whois xbapes.com 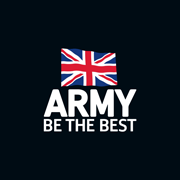 @BritishArmy
Apologies for the temporary interruption to our feed. We will conduct a full investigation and learn from this incident. Thanks for following us and normal service will now resume.