The guy I got connected to was a dumbass. I did stuff like mess up continuously in the Run box (stuff like R for Rundi or mistaking R for Romeo as O for Oreo), gave him pics of McLovin’s license, say my name was “Ted Bundy McLovin,” but he still insisted on getting more from me.

Eventually, he took a second look at the SSN image a few minutes after his first look, realized it was edited from Google, got upset that he wasted over 40 minutes, and told me to “GO FUCK OFF.” 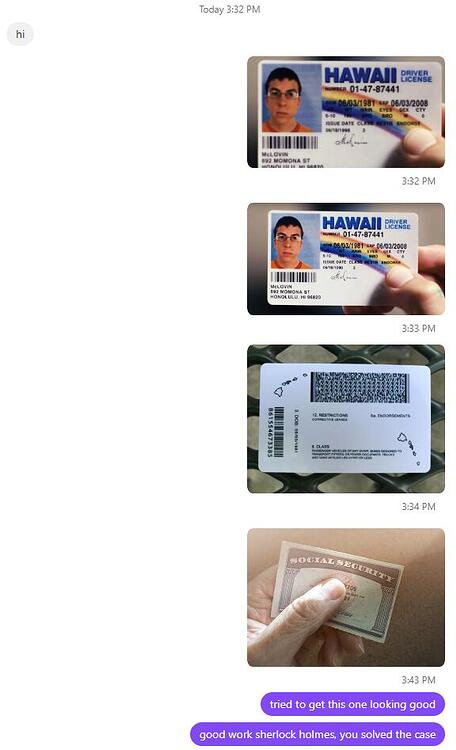