Attention. If you or a loved one lived, worked or were stationed at Marine Corps Base Camp Lejeune or Marine Corps Air Station, New River in North Carolina, for at least 30 cumulative of days from August 1953 through December 1987, and have since had serious health issues, including cancer, you may be entitled to a substantial, substantial cash settlement. For more information, press one now. To be removed from our list, press two.

“Thank you for calling Medical Legal Department, how can I help you?”

They are calling about a “recall” on defective products or medications, particularly baby formula, and they will direct you to their “senior supervisor,” Sam Wilson, who will ask questions like

Camp Lejeune Scammers are common because Joe Biden passed the Camp Lejeune Justice Act not so long ago. There are legit lawsuit ads on TV but people calling you are probably a scam.

I’ve come across dozens of them all across the toll free prefixes over the last 3-4 weeks.

There are (should I say were) a lot more than you think.
The amount of scams present is ridiculous.
They’re popping up on every piece of available real estate on known blocks they have in their possession.
In the 888 prefix there is one block of 102 consecutive numbers which hosts multiples of every refund and tech support script there is utilizing 66 numbers when they rotate onto that block.
That is becoming very commonplace unfortunately

The female would not tell me where in the world she is, kept going on about Miami, definetly not located there. 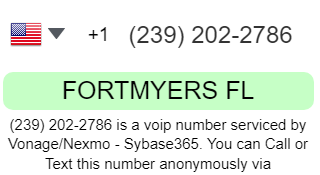