Question. How does the ‘Free’ Medical Alert System scam work, and how does the ‘Medicare additonal benefits at no cost’ scam work???

They aren’t necessarily always a scam. Every number should be evaluated individually.

Typically, the call initiates fro Pakistan and handed over to an American.
The American scammer exploits the Medicare and coaches your to tell lies about your income.
They also sell your data.

But scams that involve:
‘Are you or someone in your household 65 years of age or older’
Then leading to ‘Jessica’…
then leading to a human (medical alert specialist)

What drwat described is a scam.

Medical alert “Jessica” is not technically a scam.

They take your credit card or bank account info
and charge you for the fake service. You never receive
the shipped (free) equipment and it is very difficult
to get your money back after the charge because they
ask for your approval before charging you. It is theft by deception and
fraud but difficult to recover funds from because of the approval statement.
That is how i understand it to work after looking it up for the same reason.
Here is a call just 2 days ago to call center in virginia. The last lady i talked to
was the most convincing scammer i have talked to so far, scary stuff. 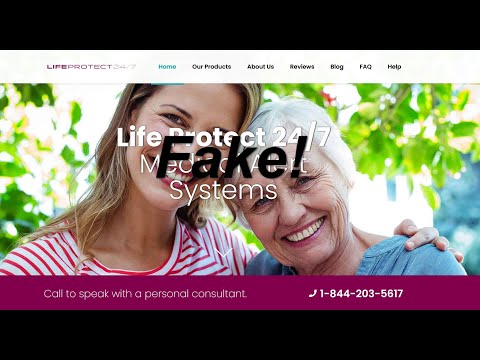 There are more US scammers than Pakistan or Indian in this ruse, in the area of roughly many 100’s:1 ratio.
No-one mentioned Jamaica which has a truckload of these numbers diverting to them
There are even some which divert to Mexico and other Spanish speaking countries
Every one of them is committing blatant fraud on the elderly, using scare tactics and complete fabricated nonsense, they pitch as the gospel truth
Listen carefully to any Jessica Onnarecordedline script, when the one trying to flog these things says:
“Falls in the home are the SINGLE BIGGEST killer”.
We’ve had them even quote figures they pluck from thin air on multiple occasions, which contradict any official data
A 3 second search will show that to be the load of crap it is
Deaths from falls anywhere, let alone in the home are so low, they don’t even rate in the footnotes in the rankings of deaths.
They also try to build trust and friendship with their target, know anyone else who employs the same tactics?
Their whole script can have gaping great big holes poked through it, without taxing too many synapses and neurons.
I care little about whether they are a legally registered company, that argument doesn’t hold water
The Better Business Bureau site is overflowing with legally registered companies with warnings not to deal with them because of their deceptive tactics and fraudulent business practises, always targeted against society’s most vulnerable sector
Scam Boofhead Fried’s FTX is a legally registered company, which has been committing blatant fraud on the public…but hey it’s a legal company right?
Fraud is rife everywhere on tens of thousands of numbers, right across the whole numbering plan, operating every day.
I can say that with absolute authority on the subject
There is also a company which sell, “the best spec laptop and tablet computer ever made”, which is squarely targeted at the elderly and technology ignorant.
They offer fantastic great deals for such a low spec computer, payment plans and “FREE SOFTWARE”, which they develop, then charge a monthly premium for the monthly updates they force on the user without them knowing they ever signed up for it. Trying to cancel these easy payments is the same as the $100 retail rebate voucher bullshit. It proves almost impossible until interaction from someone such as the BBB or a solicitor become involved. Then it suddenly becomes an oversight on their behalf (for the 13,000th time), to a conga line of complainants. OF course anyone who doesn’t notice the monthly payments will continue to be charged, as it hasn’t become the unfortunate oversight yet.
They also of course have a phone number listed on their website. The thing is, I’ve found 43 other numbers with the exact same menu, hold music and to the same call centre. These numbers are nowhere near their official listed number, not even in the same toll free prefix. They wouldn’t robocall from these numbers would they…nah of course not.

I investigate many companies this community doesn’t even realise are there. These scam outfits commit fraud to the tune of hundreds of millions of dollars a year, laughing off the measly fines and multiple court judgments against them. Do they cease what they’re doing? Not at all. They double down and make even more from their garbage.
One such company I have a full investigation into, I’ve found 2106 numbers for, all of them very active 24/7. I still have another 700,000 consecutive numbers to search and am expecting in the region of 2500 numbers from the 1.6 million consecutive number search. This place is very easy to find, it never so much as rings once, before going straight into the exact same ivr menu. There’s also been 670 or so refund and tech support numbers I’ve discovered along the way.
Fraud is everywhere, unscrupulous operators will always try to exploit the vulnerable. It’s very easy to spot and should never be accepted as OK.

I also have a list of leadgen numbers which have the option of being connected to fictitious car insurance companies, Medicare, the flight and hotel travel reservation company who’s name shall never be mentioned and fake AT&T in either India or Jamaica
There are virtually no numbers which transfer from anywhere because I call them.
It starts and finishes in the USA
I know thousands of their numbers