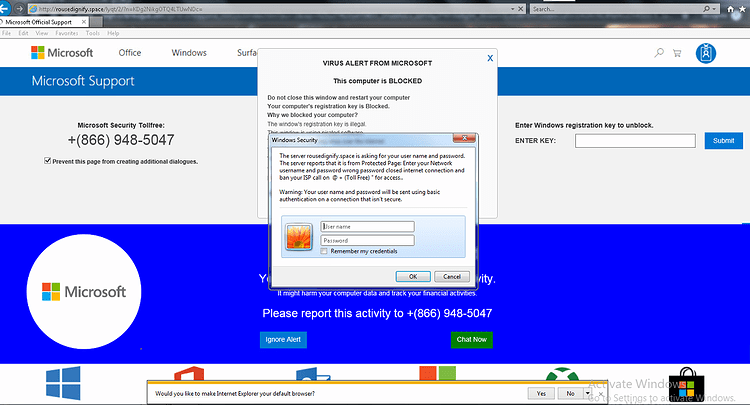 This guy could’ve been completely lying, but he figured me out after about 15 minutes. Went into processes and saw VMWare running and called me out, asking if I was making a YouTube video or something. He then proceeded to tell me that they were a legit company, I asked if he worked for Microsoft and he said no, he works for Solitech Solutions and they’re legit. He said he understands what we do because of all the actual scammers out there. I even asked him how stealthy my VM was and he said it was solid. So, again, could be complete lies, but we laughed and ended the call on a positive note…and not one indian cuss word from him. First time for everything I guess!

@MoshDuck#108314 Hey – my friend just fell for this – from Solitech Solutions. He said an alarm was going off on his computer with a number to call.

He let him login to his computer remotely and do some stuff -- although he couldn't repeat back to me what the guy did. The guy wanted him to purchase some software for $300 or $400, but my friend didn't do it. He gave him some BS about his IP address being compromised.

It sounds super fishy. Do you think this guy is legit -- or do we need to completely wipe my friend's computer and start from scratch? He said the guy did not have an accent (sounded American). The phone number was different though.