Scam Number: (615) 924-8881, (615) 970-7400
Domain Used: n/a
Extra Info: D-bag calls people with threat of arrest, states there’s a warrant out for failure to appear and wants 2875.00 in payment. Leutenant John Brady of Williamson County, TN sheriff’s department got my credit card number (fake) and it was declined, but there is an alternative mode of payment…
I think I will get a reloadable Visa card with a dollar to see if it shows on the transaction history, what do ya’ll think??? 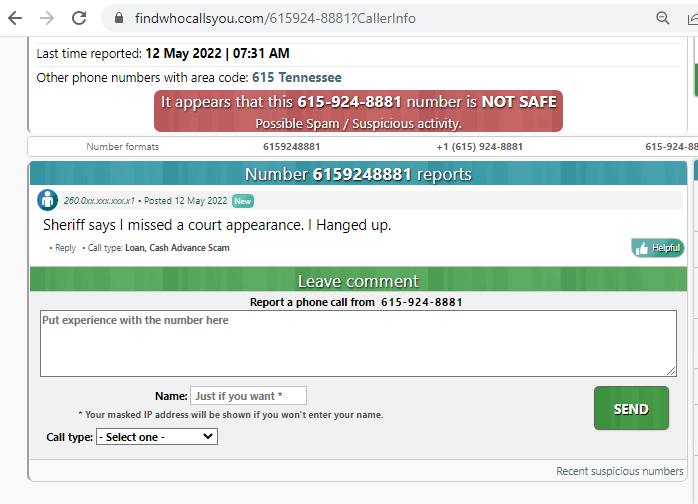 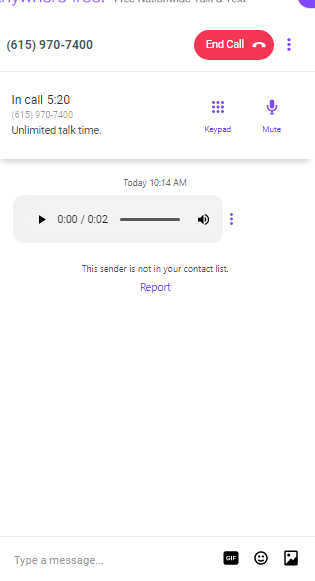 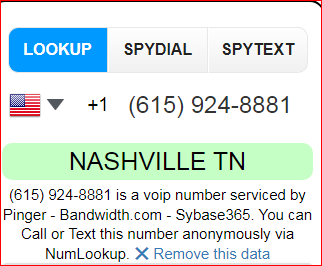 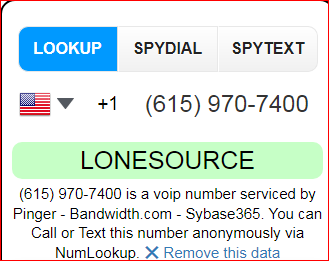 Same here. Disconnected on first one and VM on second one.

Press 1 to say u got someone in ur house over 50.
After the bot, where u say yes both times prompted, it’ll connect you to a live agent.
After this, however I weirdly got the “Poor WiFi Connection” error on my TextNow mobile.

This time round press 1, 1 as it says number dialed may not be in service anymore and menu changed. Press any options for live scammers, auto-home-medicare-health-life insurance. I continued to press 1 then 9 as prompted to continue then 1 again, says number may no longer be in service, i then got hung up on by the bot.

Damn! The bastard took down the first number

He called me from (615) 970-7400, he wants cash app and will get in touch with me later. He did mention his “office” is getting a lot of calls! LOL
Asked me if my family was calling ‘over and over’ again… so in a way he is right, my scambaiting family sure is blowing up his phone!!!