They are live again.

Went to voicemail: “Thanks for calling physical therapy center in (some place I forgot)”

Edit: I just told them via voicemail that their number has somehow ended up intertwined in a scam and that they need to look into it. Whatever.

Also, both URLs are live and both are pointing to the physical therapy center #.

they are live again

abusing me for calling again and again

I call and get “Thank you for calling physical therapy and sports medicines center in Gilbert. We are sorry we missed your call. Please leave your name, number, and a brief message and we will get back to you as soon as possible. Thank you and have a great day.”

I only wanted to spam “Among Us” into their contact form, but I guess I just DoSed the site somehow…? I sent a message titled “Among Us” every 420 milliseconds and the site has deaded after about 5 seconds. Get better hosting lmao. 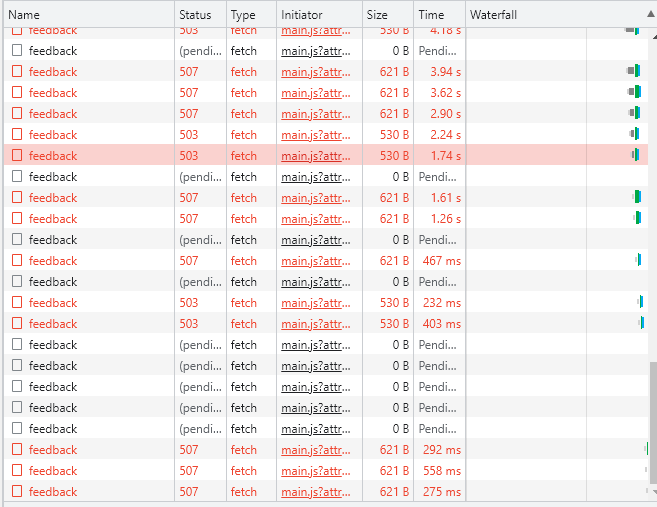 Edit: It’s going up and down right now. Sometimes I get this message, so I guess all these contact messages are somehow stored on their server’s disk…? Neat, I guess.

I’ve called them and I’m on hold or something. Pretending to be an older woman. I think I’m doing a good job voice acting because he’s called me “Ma’am” and believed my nonsense.

I have to go on a family walk right now so I can’t waste their time. At least I wasted a few minutes when I convinced them I forgot my ZIP code.

I call and get “Thank you for calling physical therapy and sports medicines center in Gilbert. We are sorry we missed your call. Please leave your name, number, and a brief message and we will get back to you as soon as possible. Thank you and have a great day.”

Not sure, but either the scammers put fake numbers or this person is scamming on the side.

Wow, that’s strange. Let’s hope they aren’t scamming on the side and that the Amazon Prime scammers are just being stupid.

I am at it again. About 2 minutes wasted so far, let’s hope I can get to more.

20 minutes reached and I got some info about what their group is actually called it seems. Edit: Nearly 40 minute mark. They accepted my [email protected] email (because they’re stupid) and I convinced them I don’t know how to click a link or look at text messages which wasted at least 10 minutes of their time.

Edit 2: The most hilarious thing happened when I was spelling out my made up address. They were confirming that they wrote my address correctly and one of the letters was “I” so they were like “I as in India, correct?”

Plus the Indian accent. Very cool.

Edit 3: I reached the 1 hour mark and decided to just finish off the call. I had gotten tired of how boring the scammer is. They didn’t get the slightest bit angry, but they were so dense and stupid. I tried to explain to them many many times that “my bank” (I don’t use the bank that I claimed to use lmao) has flagged the transaction as fraud and gave me a fraud warning about it and other crap, and they were just like “yes we have sent this warning out to our customers because we are moving the Amazon server because of hackers.”