Scammer will send random friend requests to users on Discord. Once accepted, they will ask if you own your Steam account, as it was accidentally reported for stealing others’ Steam accounts. 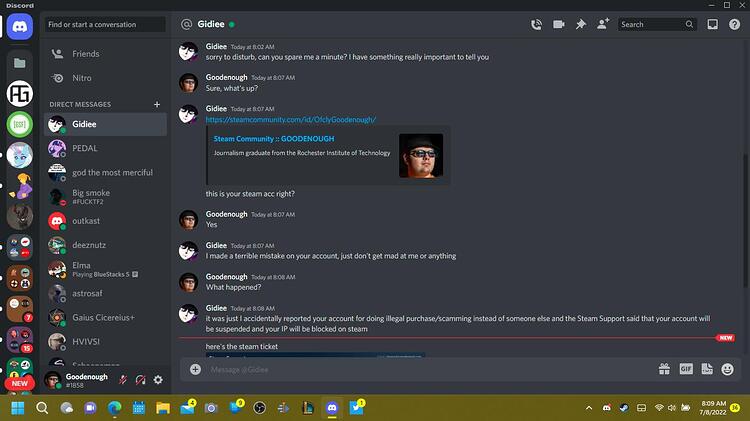 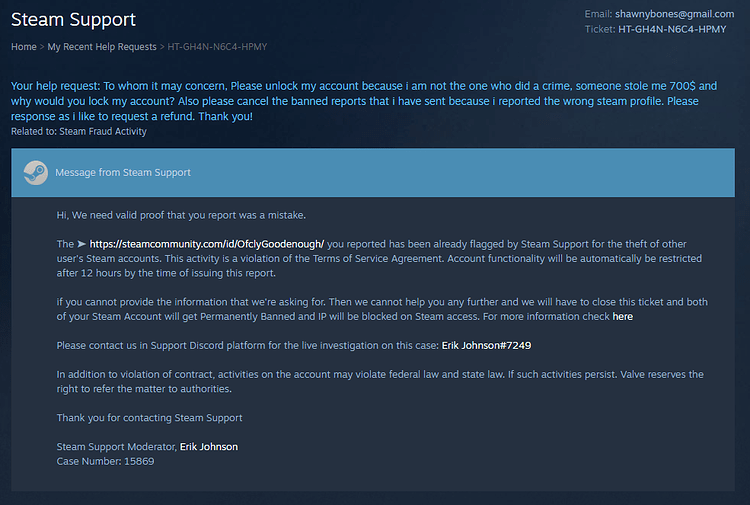 I was then urged to contact this “Steam Support Moderator” on Discord to prevent my Steam account from being permanently banned and my IP address from getting blocked. This “support moderator” requested I send them a screenshot of our conversation as well as a direct hyperlink to my Steam profile. 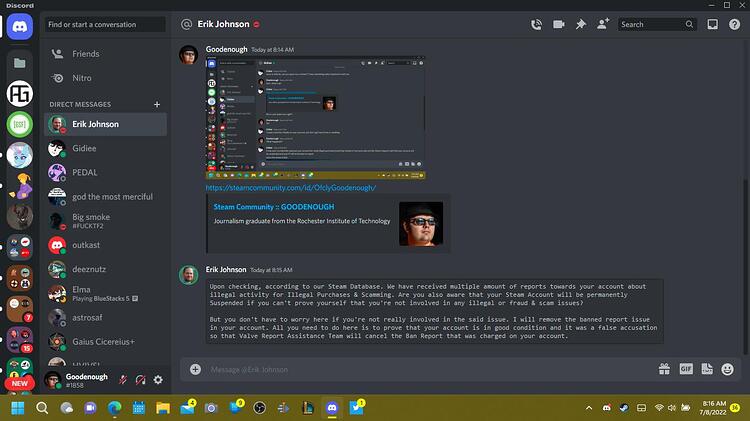 According to their “database,” they “have received multiple amount of reports towards your account about illegal activity for Illegal Purchases & Scamming.” I was then asked to provide a screenshot of my purchase history so they can “program it and scan if it’s been used legally.” 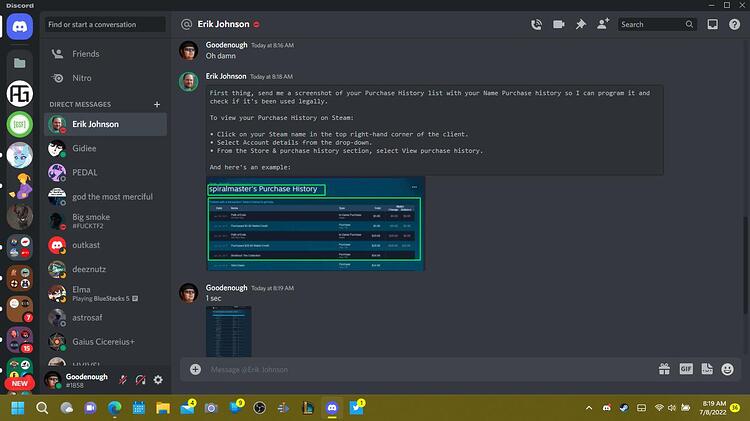 I was then asked to deactivate Steam Guard so they can steal my account by performing an account recovery through spoofing of my password. And they were adament that I disabled it, so I decided to send them “proof” in the form of a Grabify link to Youareanidiot.cc, and this fucker doesn’t even accept links. 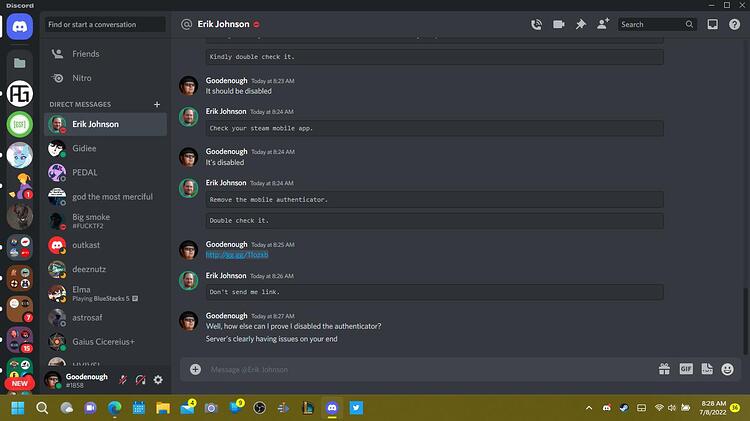 The scammer then tried to get me to disable the authenticator by having Steam send me a text message. He claims he checked the “screenshot” I sent him despite Grabify not logging their IP Address, so I finished him off by sending Thanos Cock before he blocked me.

very helpful and informative, thanks

As a Journalism graduate from RIT, I strive to be as informative as possible, whether it be my scam reports or my daily news TikToks

Holy shit, yeah someone did it to me not too long ago, wish I got the discord account at the time. They sent me a friend request, as it’s required to message me, I accepted it out of curiosity, knew it was a scam from the gate. They then sent me a screenshot of my Steam account [which is public, not hard to screenshot a profile, it was an old screenshot too as my pfps and background was different.] asking if it’s mine.

I said “nice try, buddy.” then they blocked me lol.