There is no evidence of this being a scam, stop raiding Discord servers

This post was flagged by the community and is temporarily hidden.

League or OF banning people for calling people scammers? Either way, funny as fuck

I first tried to grab their IP addresses via a Grabify link to youareanidiot.cc, but they straight-up refused

Don’t flood Discord servers, report them. It’s against Discord’s ToS to flood servers and they have human moderators. 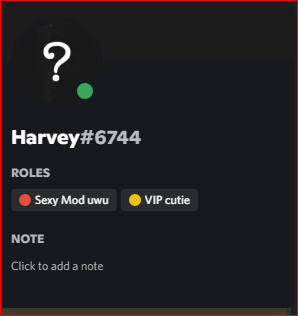 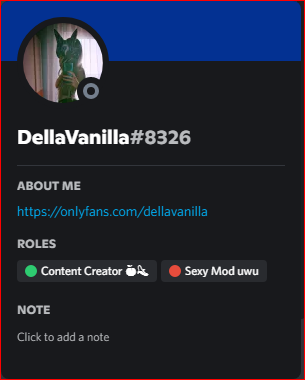 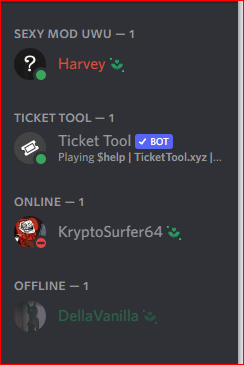 Love how it’s only one mod lmao, but wtf are those cringe ass roles. 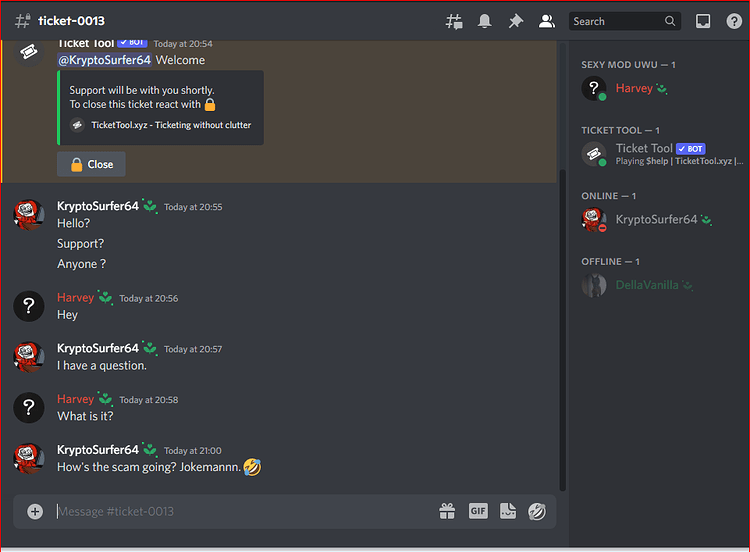 Did what I could

I also PMed a few people warning them 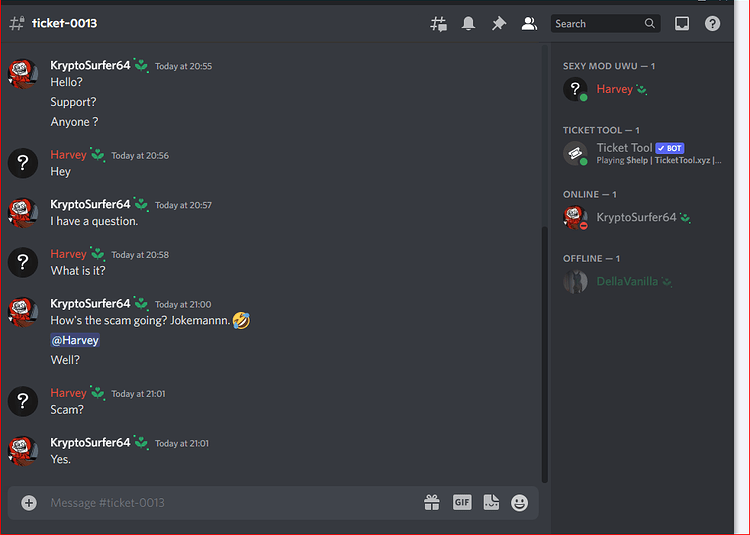 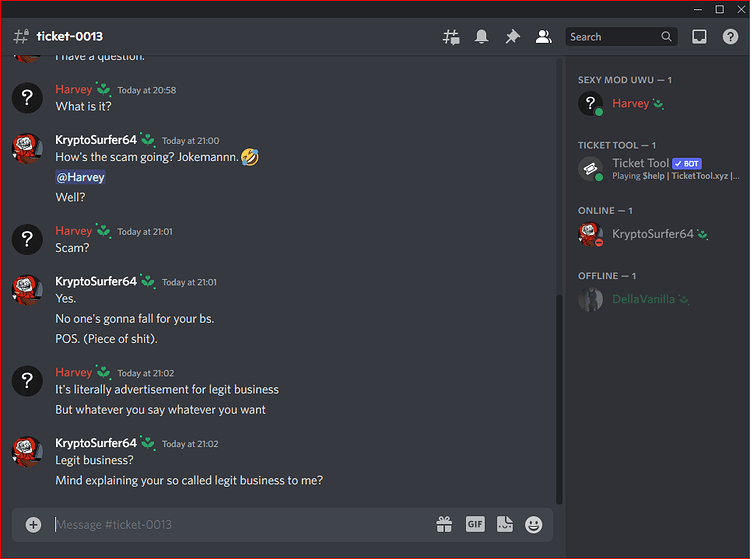 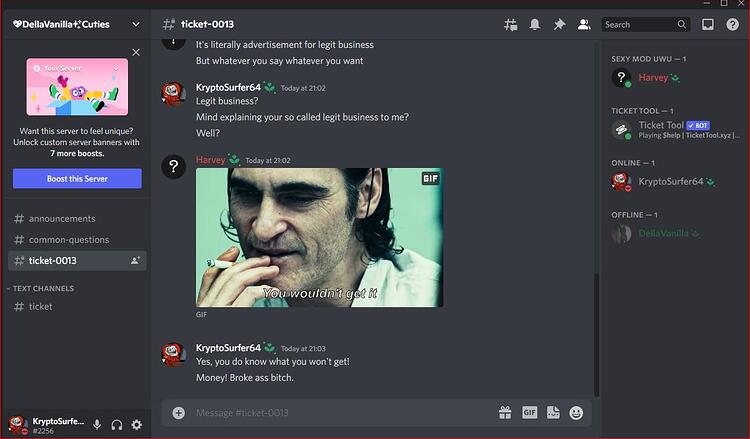 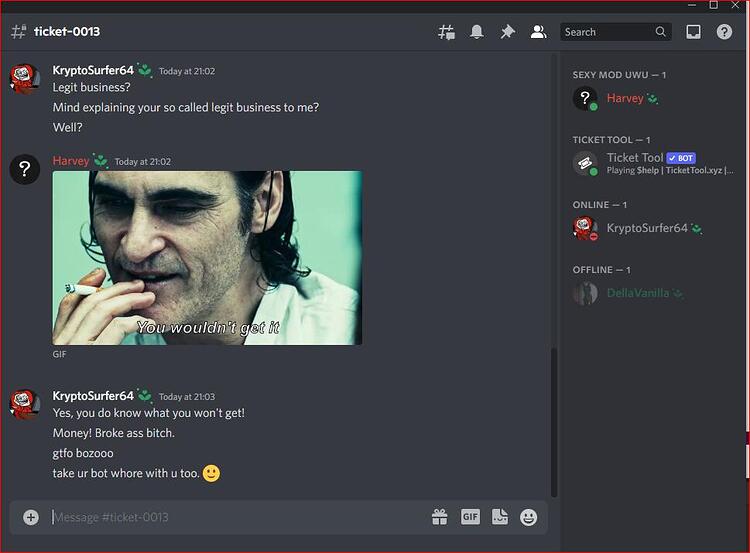 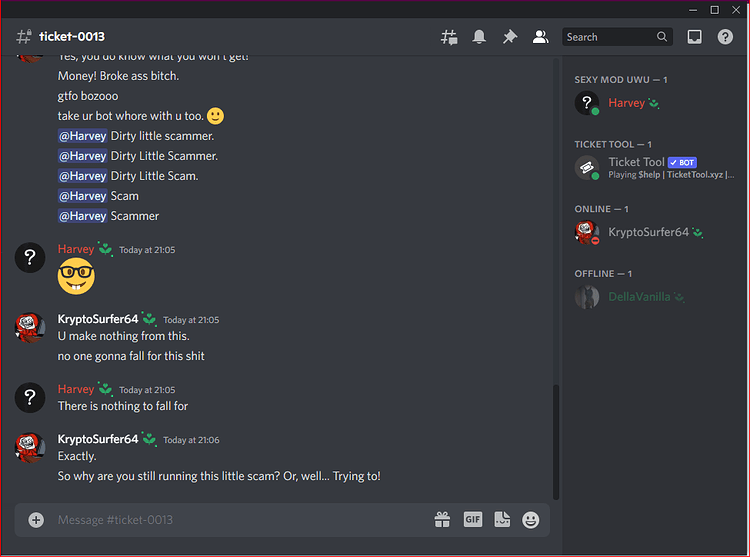 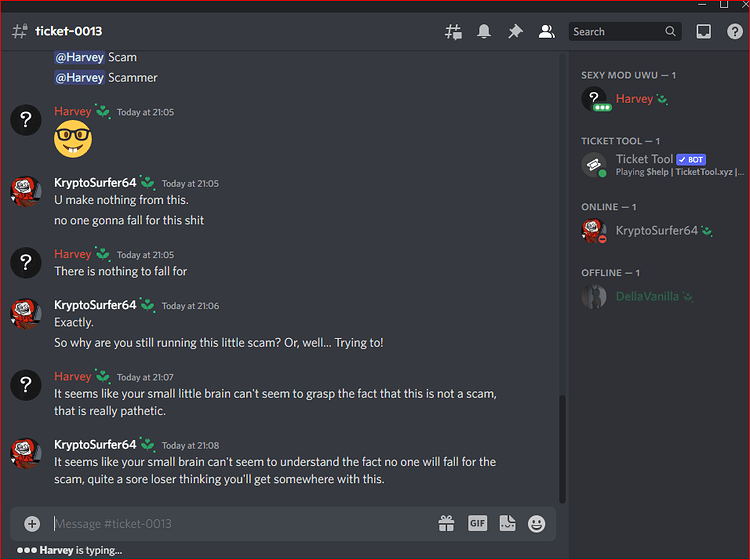 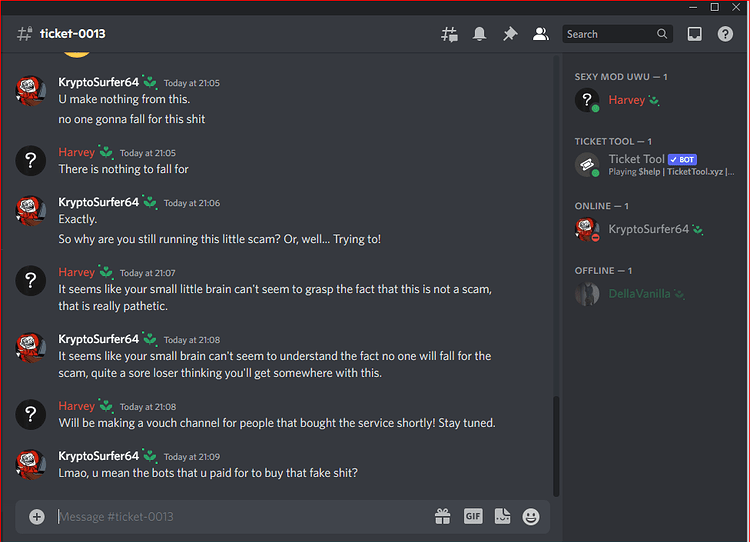 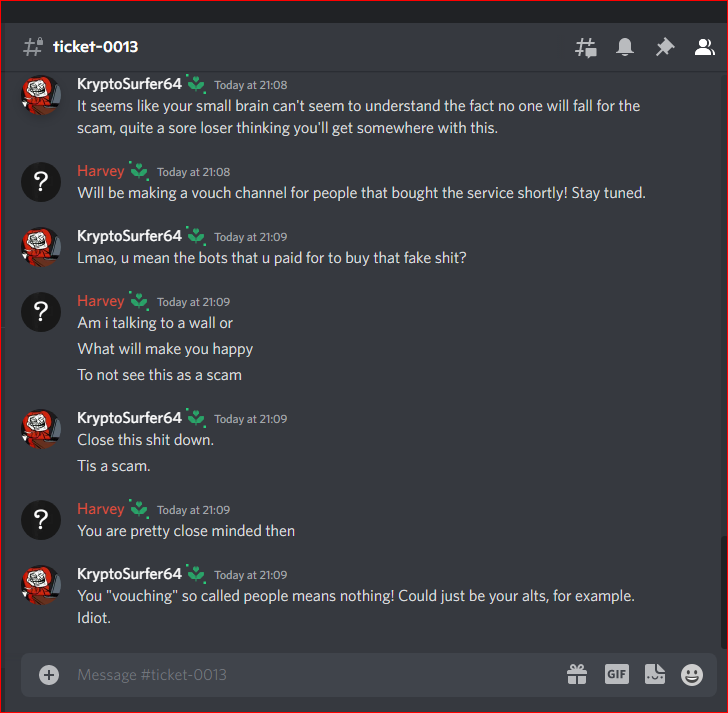 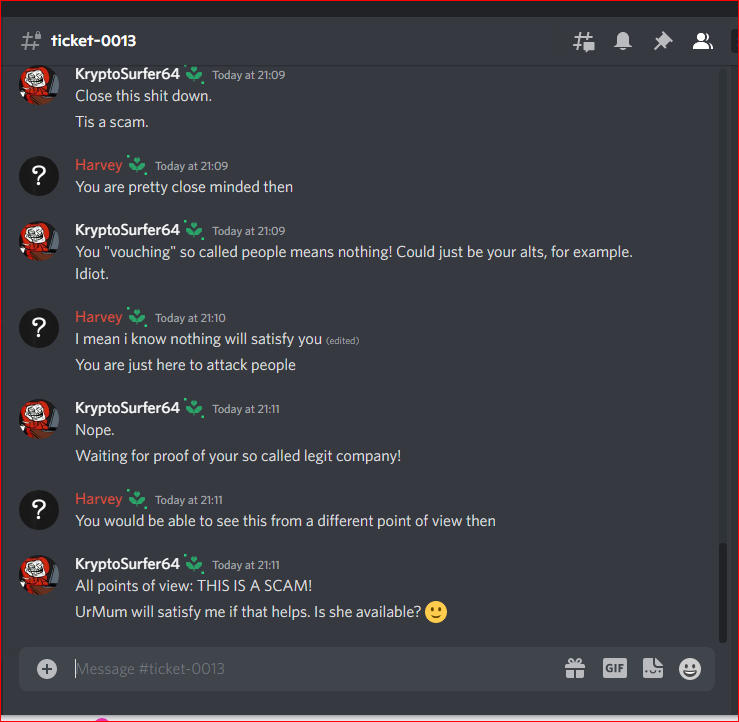 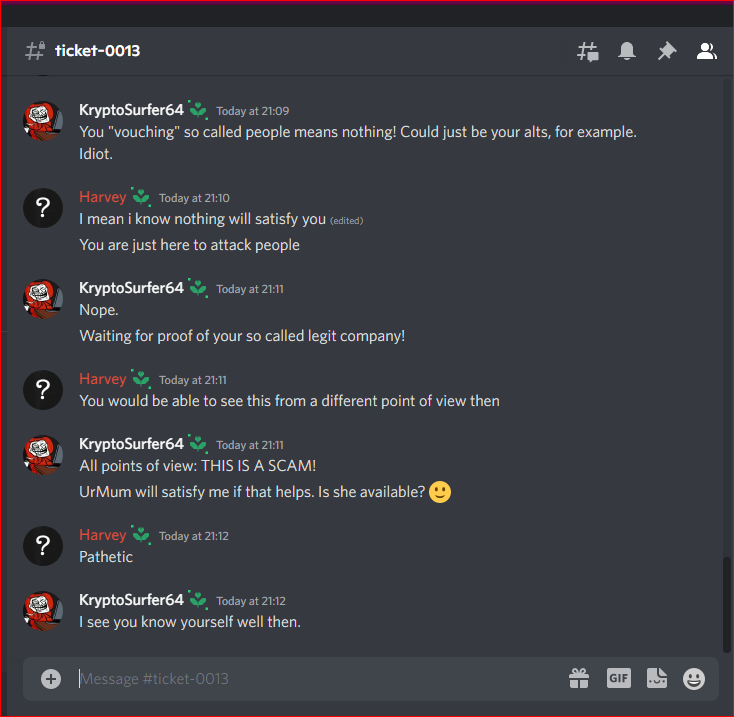 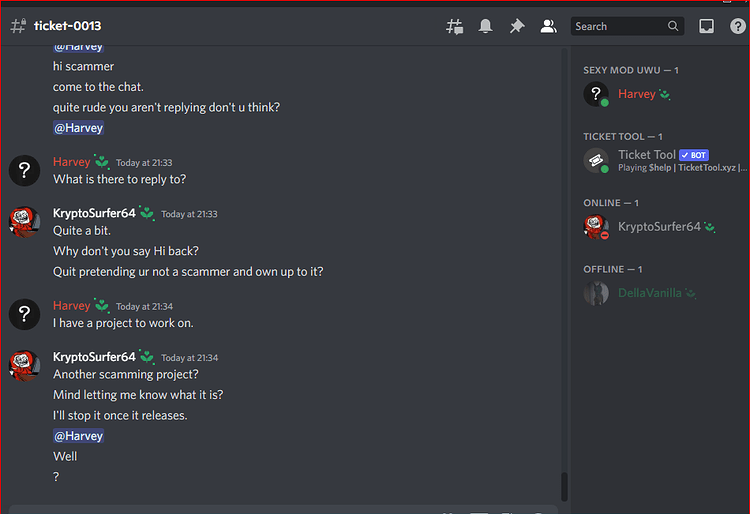 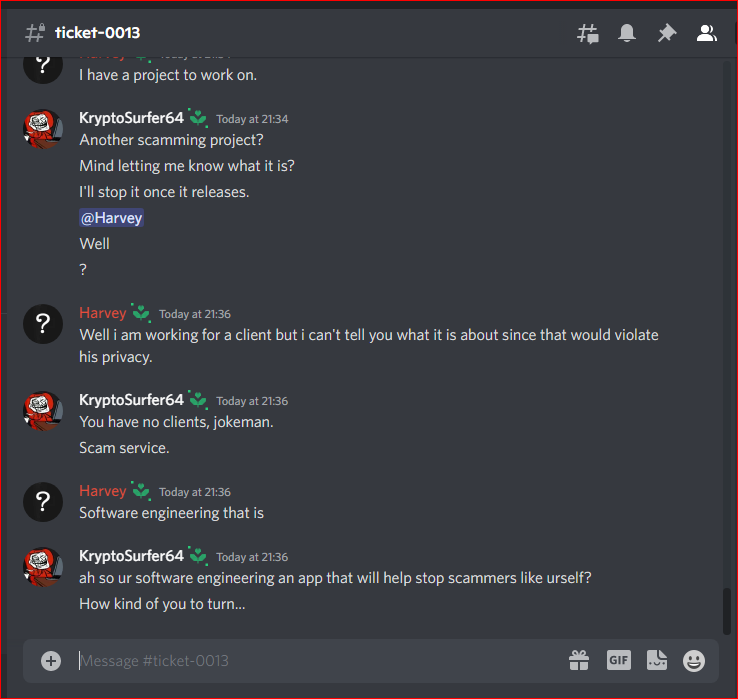 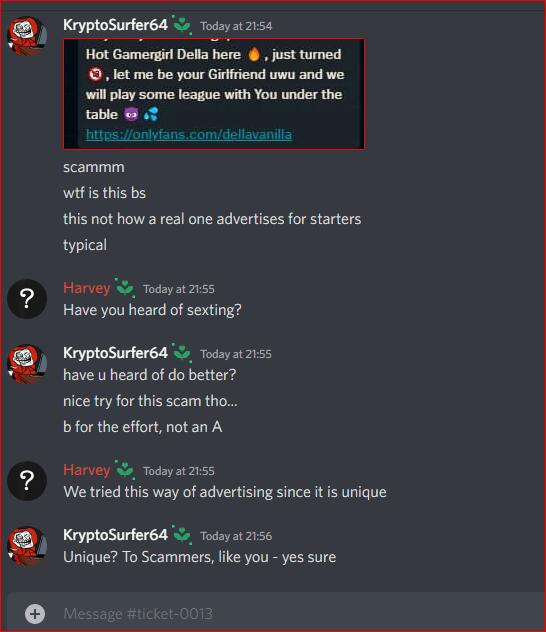 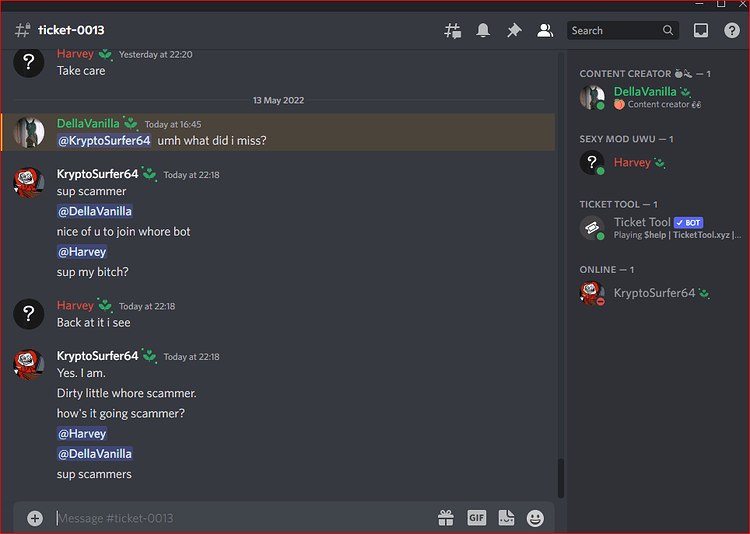 Please stop evading bans in Discord servers and flooding them. Report the servers to Discord. Discord will ban you for spamming in scam servers instead of reporting them. 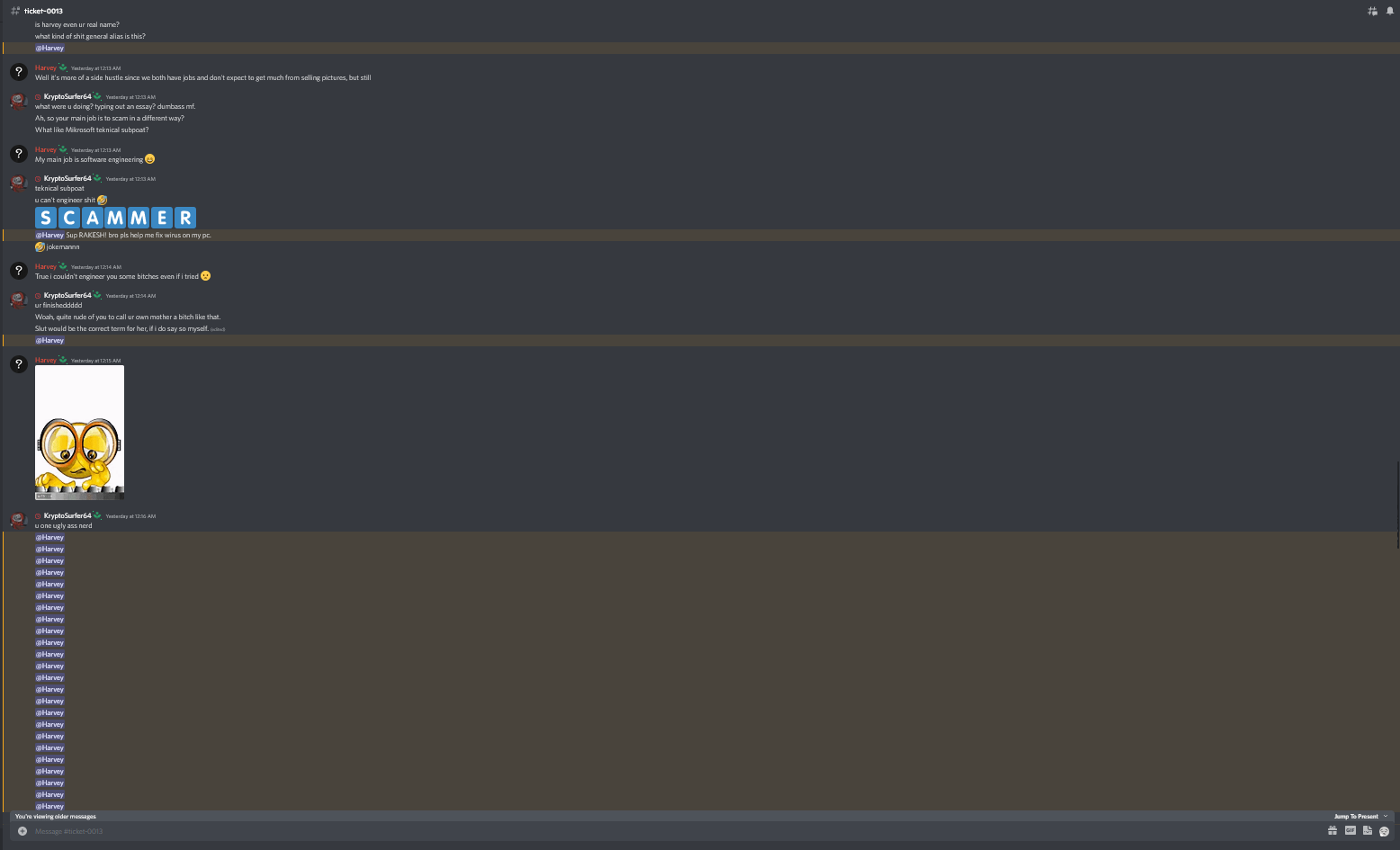 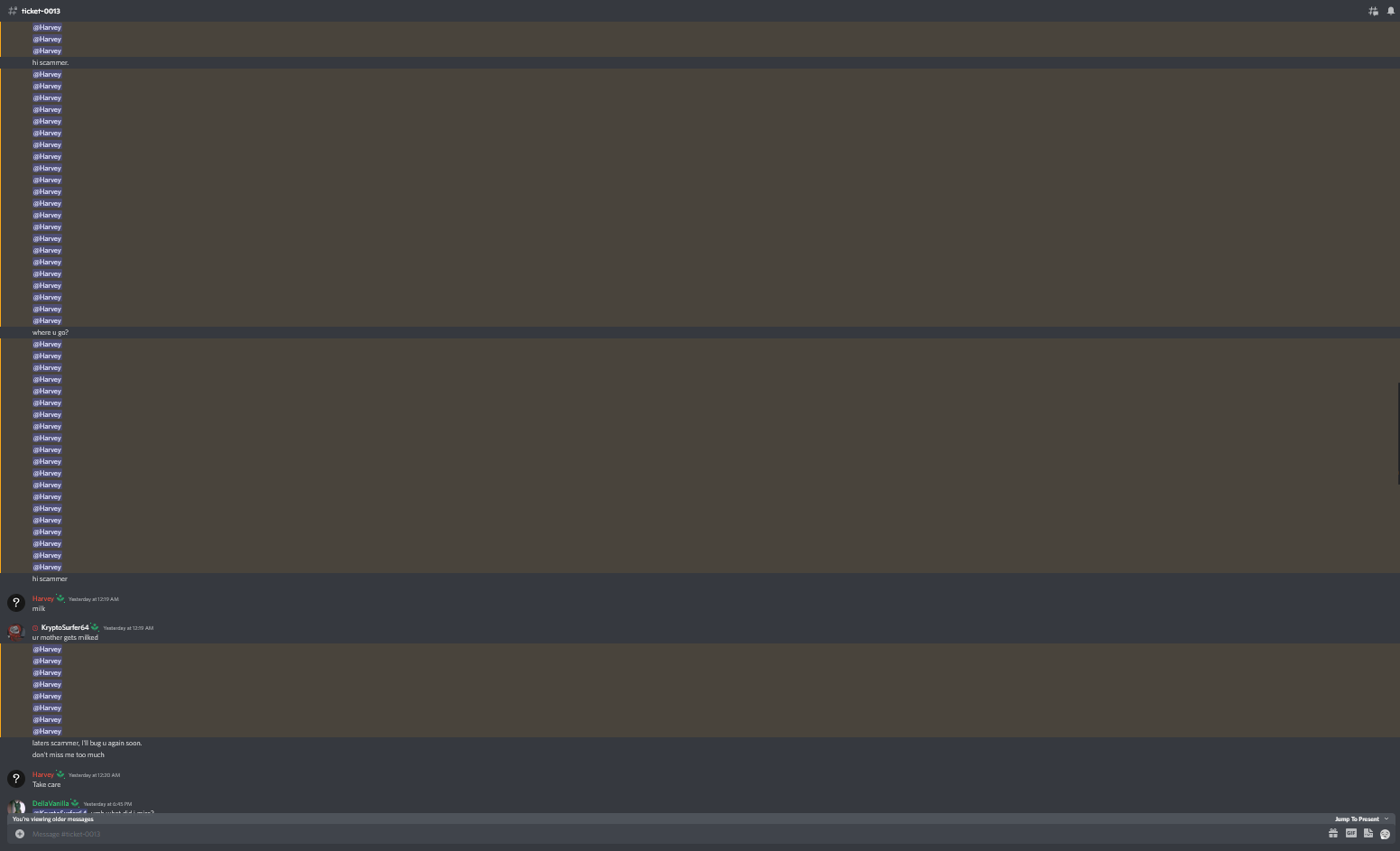 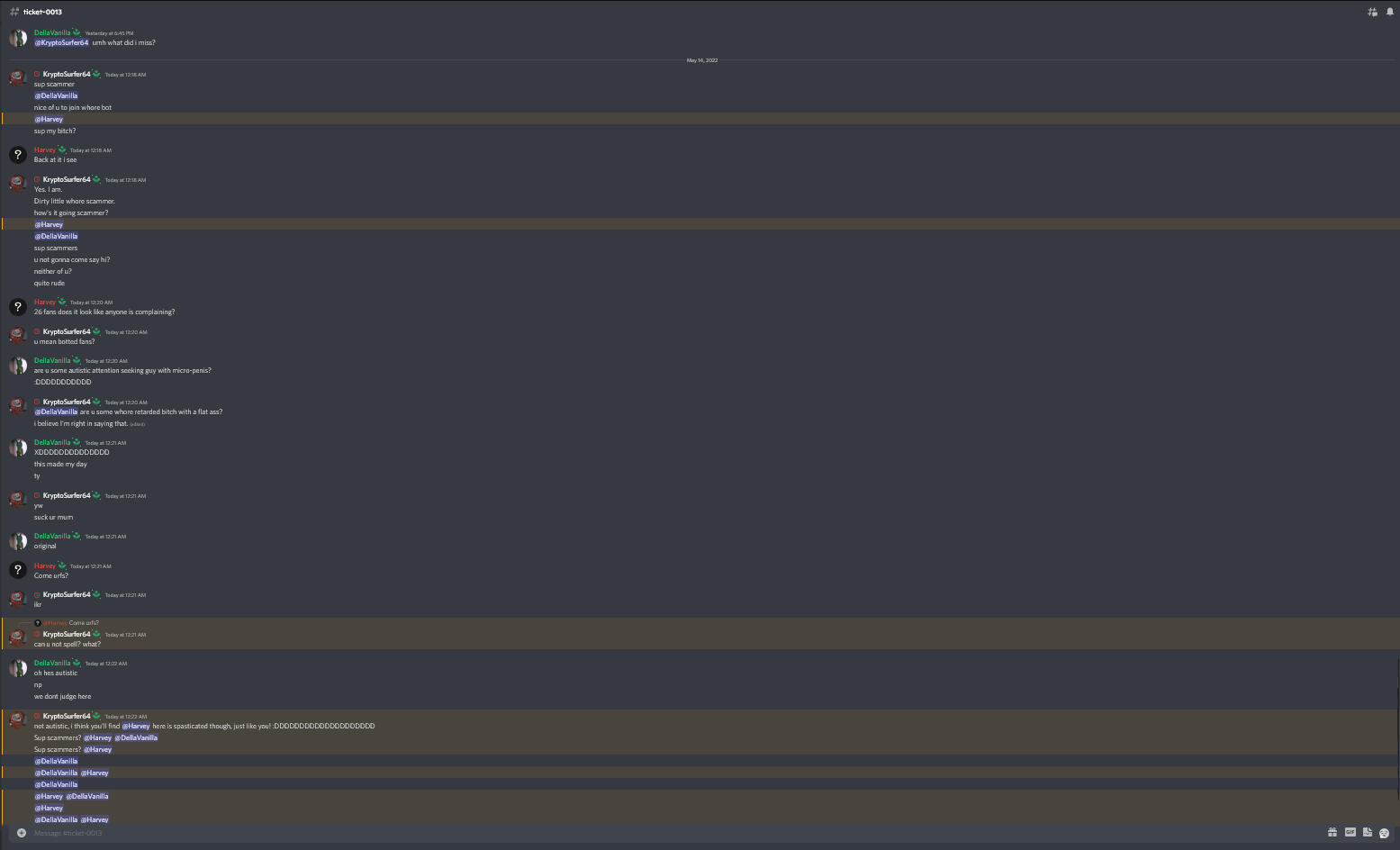 Posting stuff out of context is not okay, especially to your own community, just to get some attention and throw shade at us! Here to defend myself as well as show the actual conversation that took place. Ps. Della’s onlyfans is going great and getting a lot of likes, i decided to revoke the discord invite since you all jumped to flood it. We really don’t need a discord server just made it for ppl that want to talk to us (how i found their name or how i added them) and can’t buy a subscription. (3 final pics are below this reply) 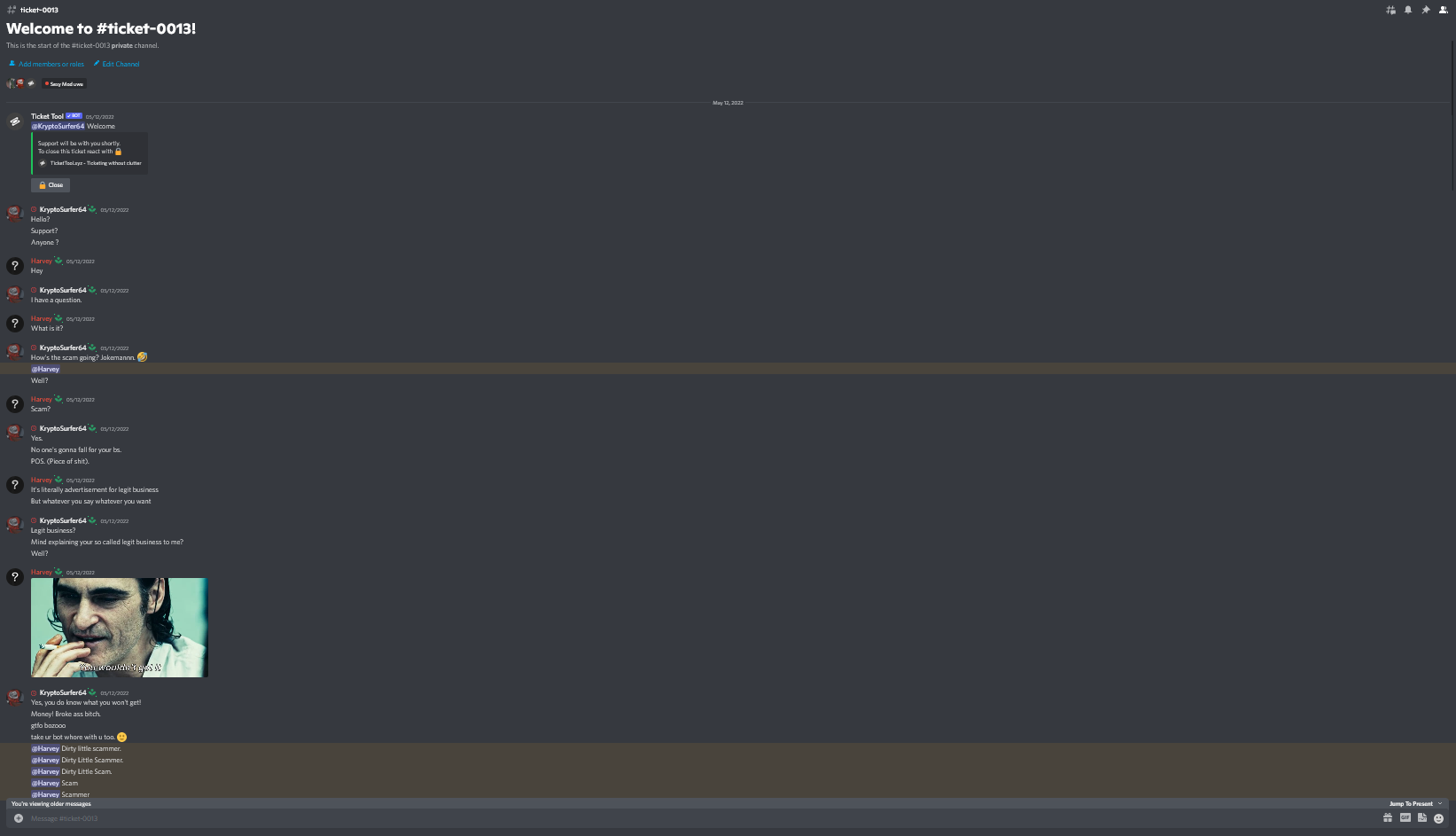 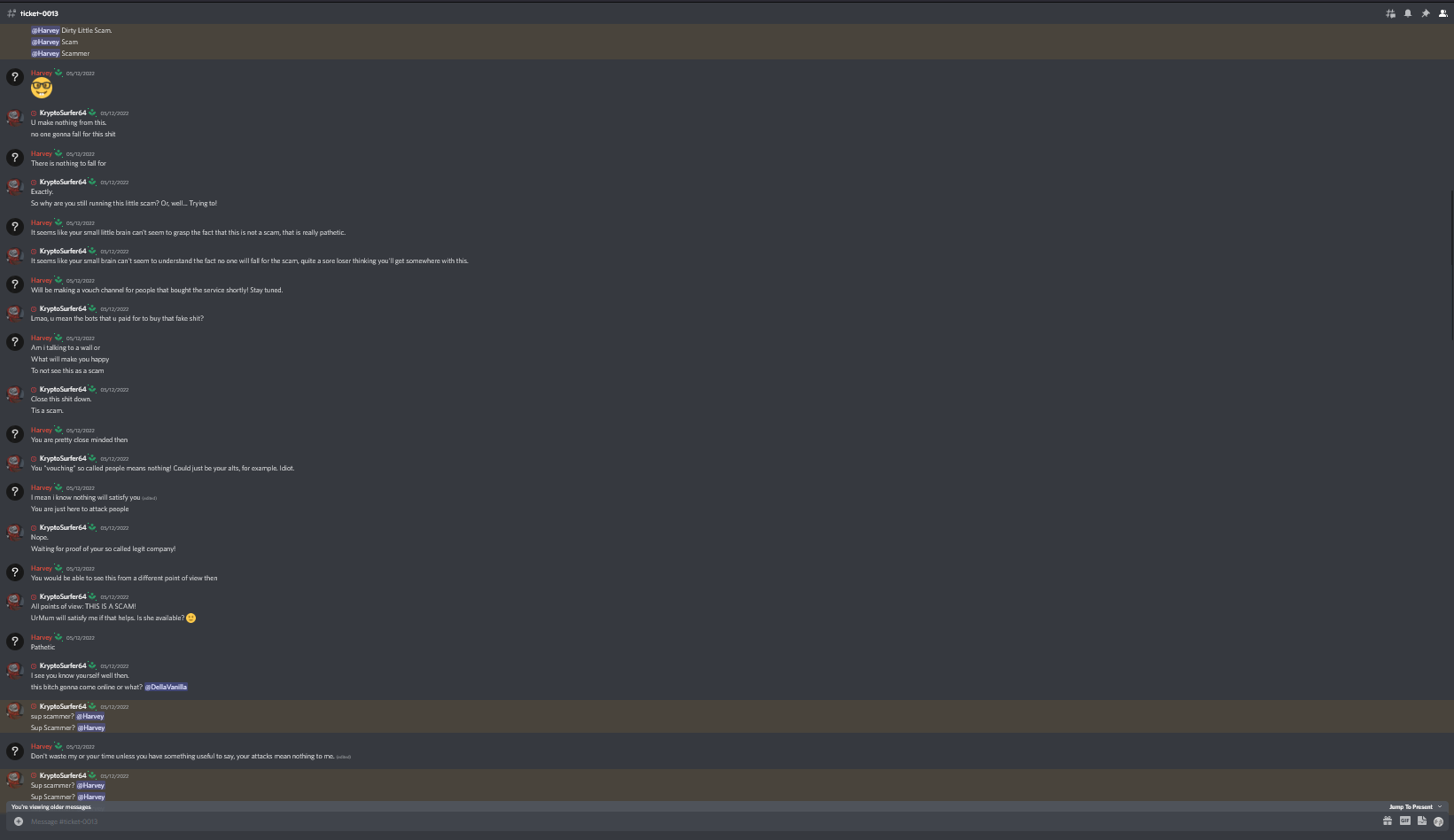 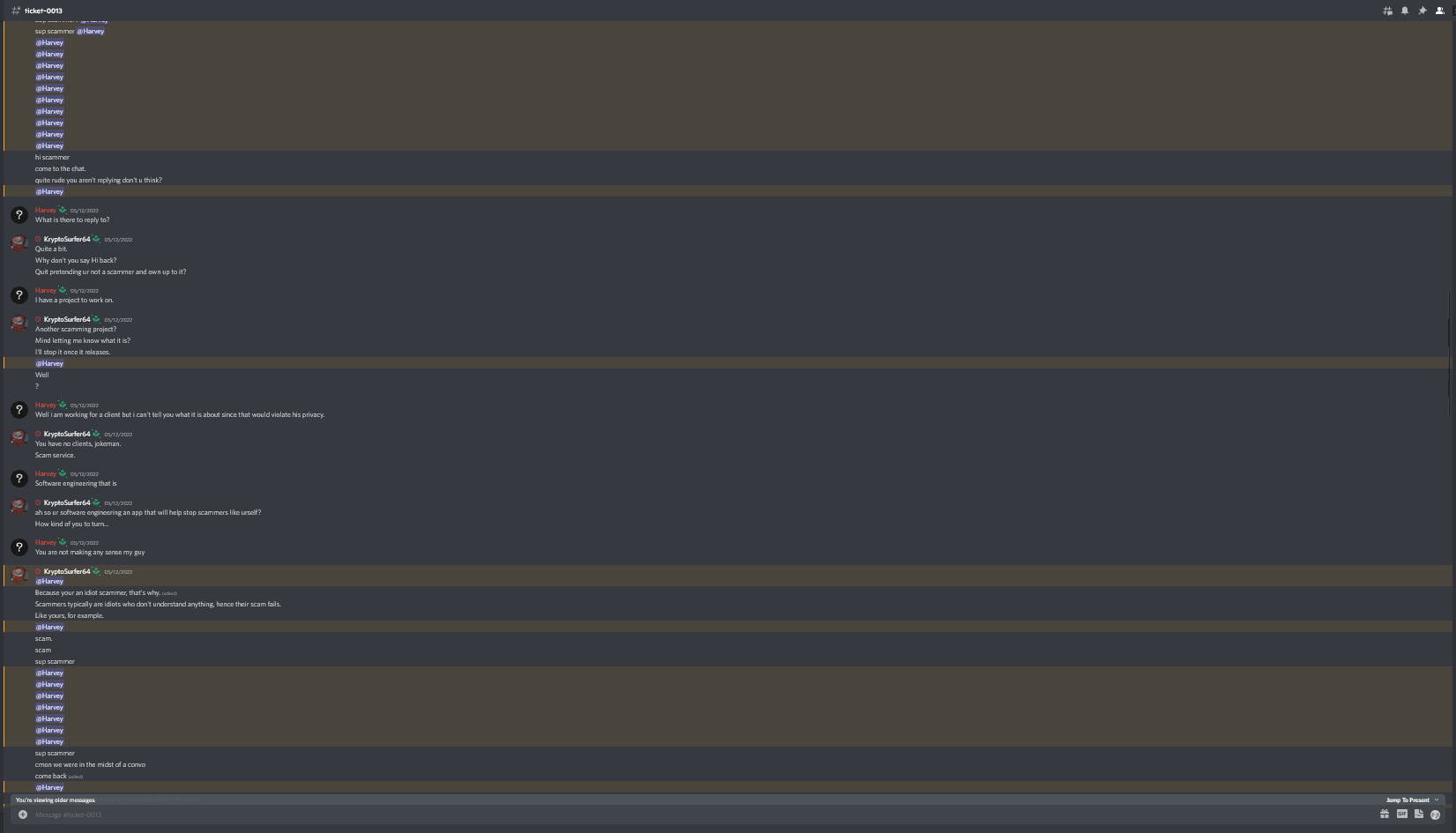 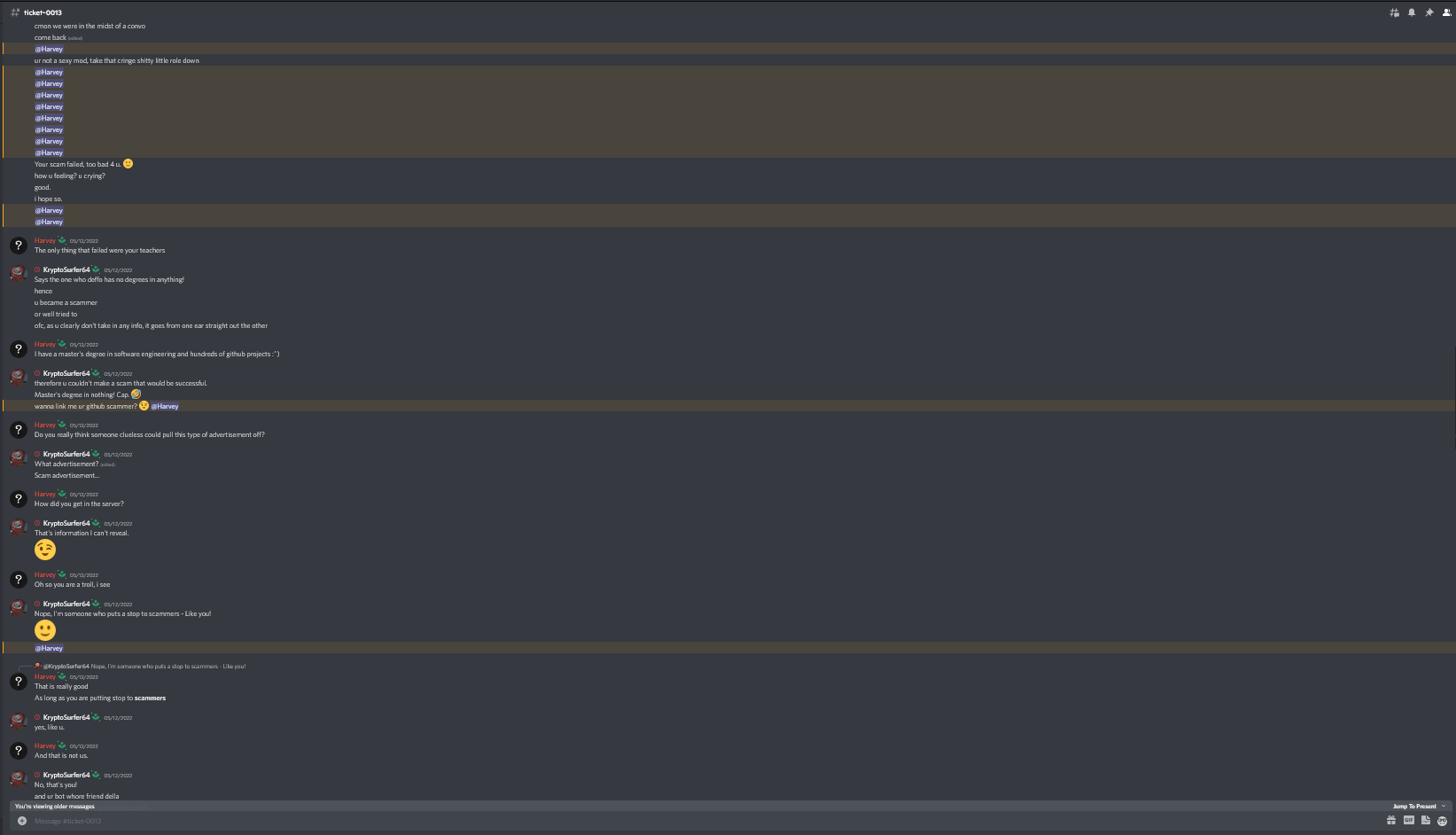 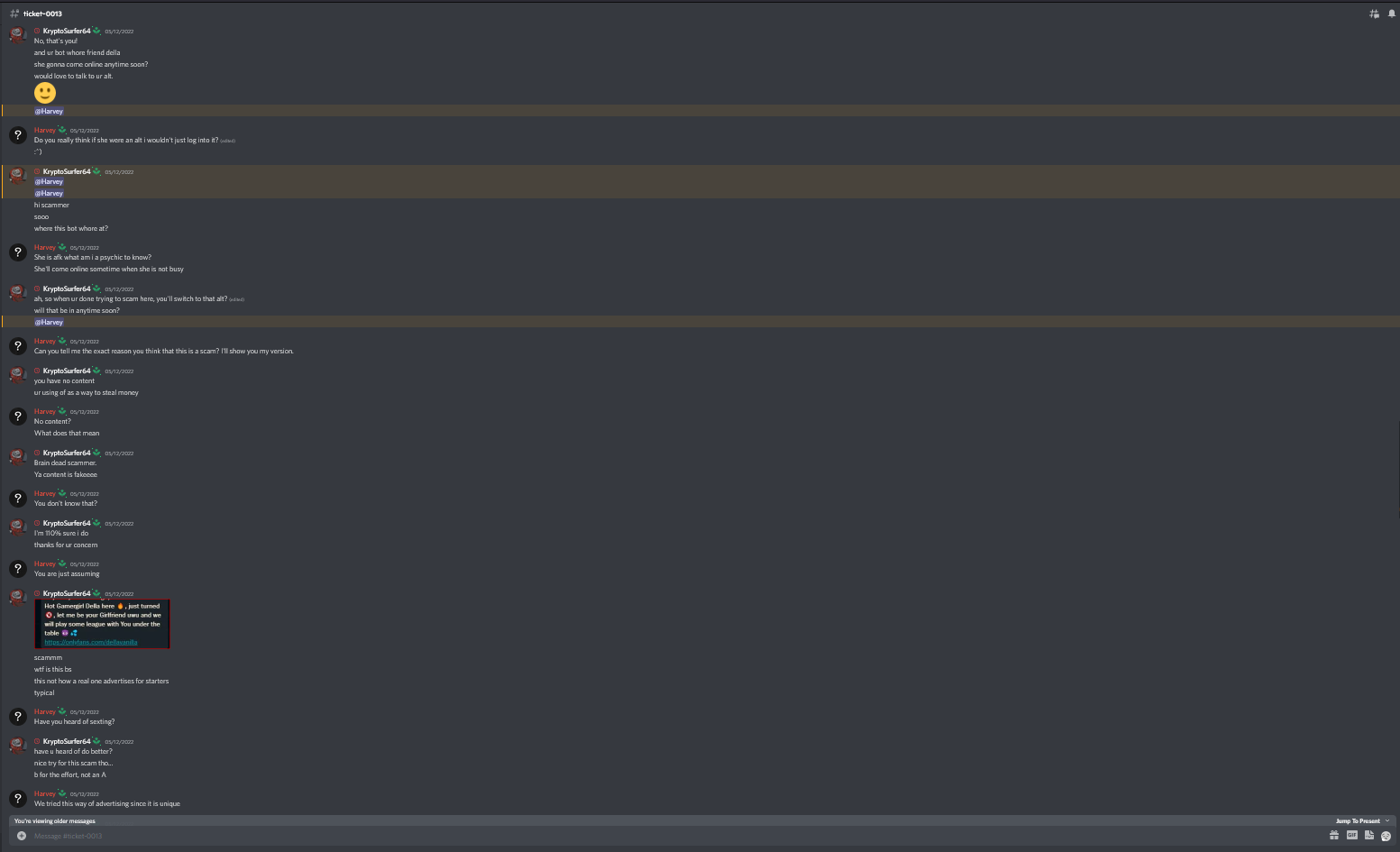 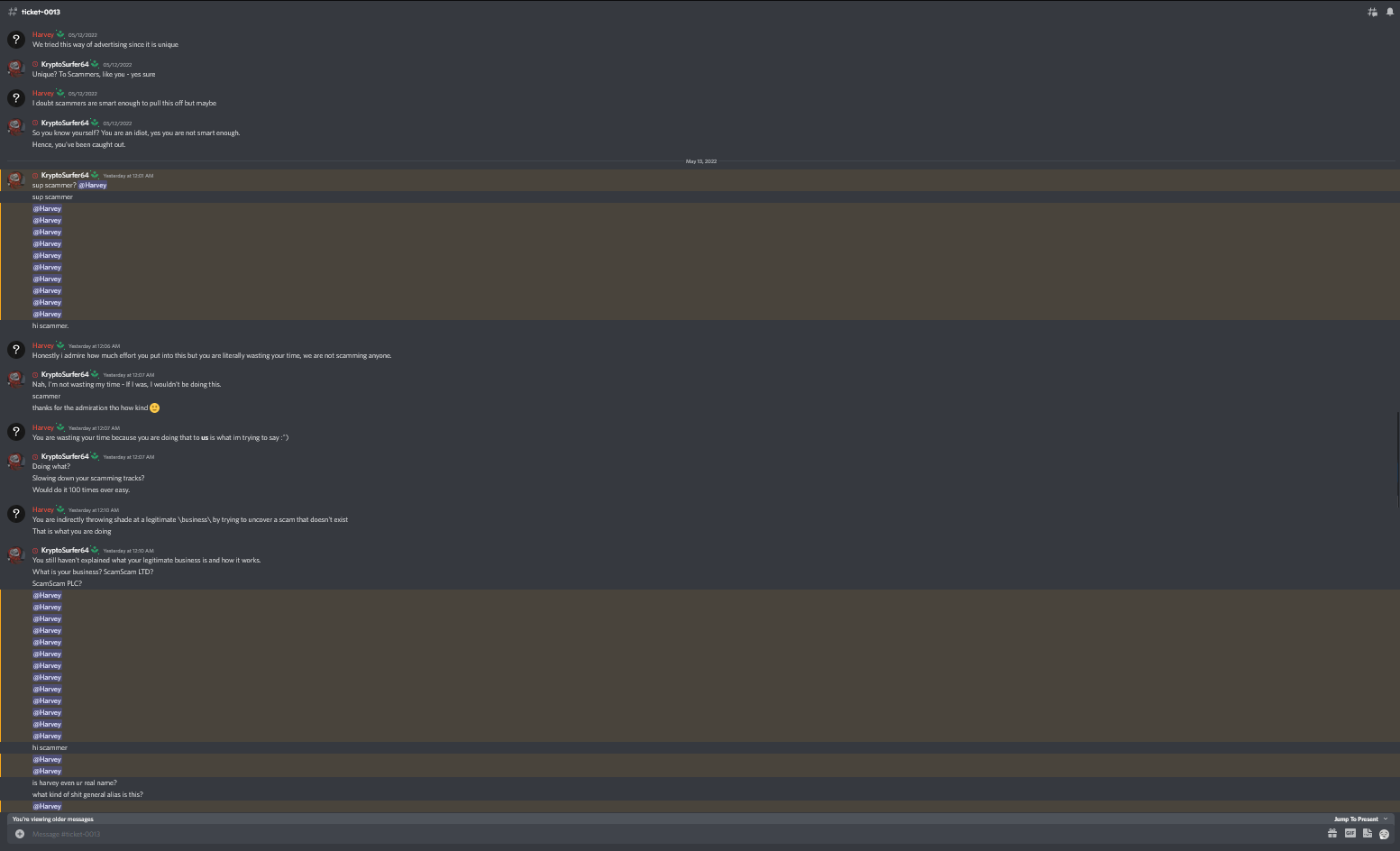 @NeeP again, @OfclyGoodenough is telling everyone to flood Discord servers when there is a very clear way to report scams to Discord. His accusation of this being a scam lacks any context or evidence and is encouraging harassment. He’s made dozens of posts calling things scams that clearly aren’t scams, especially when he’s trying to use this site as a way to demand the community to raid Discord servers.

it’s deceptive and unwanted advertising but yeah, probably no scam. I banned him for 2 months cuz it was a repetitive issue with him