The Purge Of This Scam Center Has Begun

Extra Info: So Many Numbers, All In One Place.
These Numbers Are The Original Numbers I Called From And Their Alternates. The Original Numbers Were Called By Me To Start The Scambaiting. The Alternative Numbers Were Given To Me When I Hang Up Mid-Conversation. As Of The Time I’m Writing This Post, They ALL Are Active. This Scam Center Was Originally A Number Posted Here 20 Or 30 Days Ago. The Original Number Was Shut Down But They Have SOOOOO Many Others. So Let’s Pay Them ALL A Visit. These Numbers All Lead To One Call Center, So If You’re Blocked From One Number Or One Number Gets Shut Down, You Have Plenty More To Call From. (Man I Just Realized How Dramatic This Extra Info Really Was)

I Called Again, They Picked Up.

Thanks For Telling, I’m Currently Using TextNow And I Have No Issues. The Only Thing I Can Think Of Right Now Is That You Told Them Your TextNow Number And They Figured Out How To Block It. I Never Told Them Mine And I’ve Been Calling For A While So Maybe That’s It.

No, I never told them when I was calling from my TextNow, but maybe one of them finally figured out how to block my TextNow number. But from my “Unknown Number” VOIP they are answering. They are NOT pleased!

What’s the scammer’s script for the student loans? Will they ask for an invoice number, SSN, or what? 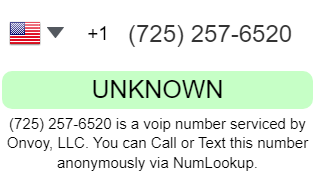 if you can, PLEASE call some of these numbers at both times, it’s just so funny seeing them confused af because why would the student loan service calling themselves?

I take hundreds of call centres down every day
After roughly a million calls to these disgraces to their families, the absolute last thing I want or need to do, is utter a single word to them.
I conference call them and often a few other scam call centres on as many inbound lines they pick up on simultaneously.
Then let them introduce themselves to each other over and over again, until they start screaming obscenities at each other and asking why PayPal is calling Geek Squad…why you calling here you piece of a shit?
They can only tell each other their names and ask if they are “audible to you” so many times before they lose the plot completely.
A call centre with up to 50 lying toerags will usually go down in around two minutes.
They think they can fool us and try to sneak back online 1-2 minutes later
They scream doubly loud when they start introducing themselves to each other all over again for rounds two and three.
They really aren’t the most gifted creatures with only a handful of functioning braincells between them.

Welcome to the community, @SirVeza!

2bf their apache server at least runs under these details