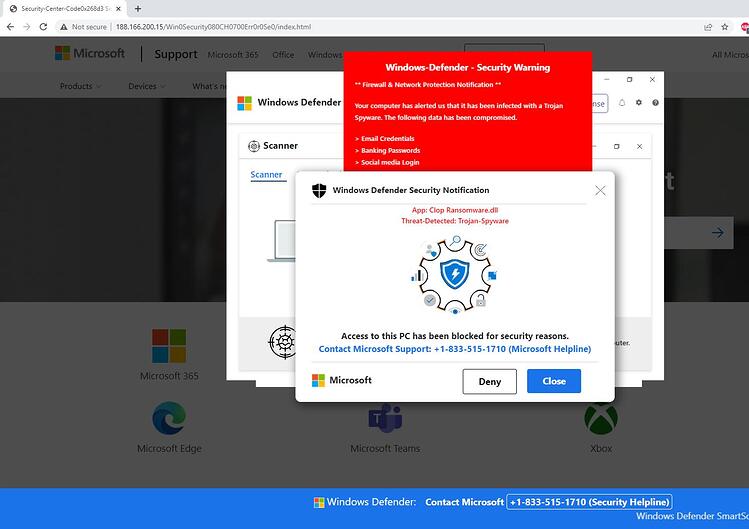 As always, what you do with this number is up to you. This is posted for educational purposes only

So far I’ve talked to a fake Donny, Paul and Robert Jackson

Ignore the first few seconds of bad audio. Unfortunately, their audio got worse as the scam progressed. I could usually barely hear them and so the latter part is too soft, but my voice is clearly audible. I accuse these idiots of stealing more than $100,000 of cryptocurrency, or of incompetently destroying it as they pretended to fix my computer. I did get a direct number out of Dave Jones (Davey Jones Locker - LOL) You can watch as they stumble around. Windows 7 in a VM; Endeavour Arch host OS.

popup offline at my end

Apple, Microsoft and Chromebook are exactly the same. Gee, you learn something everyday.

I watched your video and saw the part of “Working on updates Do not turn off your system”. I presume that was them blanking out your screen while they did some things in the background? Do you know what actually went on?

Yes, those screens are to hide what they are doing. No, I’don’t, but checking some logs, it appeared they kept trying to get into the phony cryptocurrency folders. I created some folders with nothing in them and then encrypted them to provide some bait. You’ll notice later in the video they try to get me to open them up, and that’s when I accuse them of wrecking my computer. At that point they don’t know what to do, because, indeed, they did put some software on it, so they really don’t know. That’s my goal: cause confusion and self-doubt. I need to mess around with ultraviewer and see if I can subvert that blue screen stuff. I had disabled syskey (it was Windows 7 - it’s disabled by default in Windows 10) but it would be fun to watch them stumble around. I don’t edit any of my videos, so you get the whole package, warts and all.

Update: Apparently the extra features of Ultraviewer as described above are only available in their paid version, so at this point I don’t see any way to disable their blue screen. Of course you need to protect yourself by reinstalling the OS in the VM or at least load an earlier snapshot. 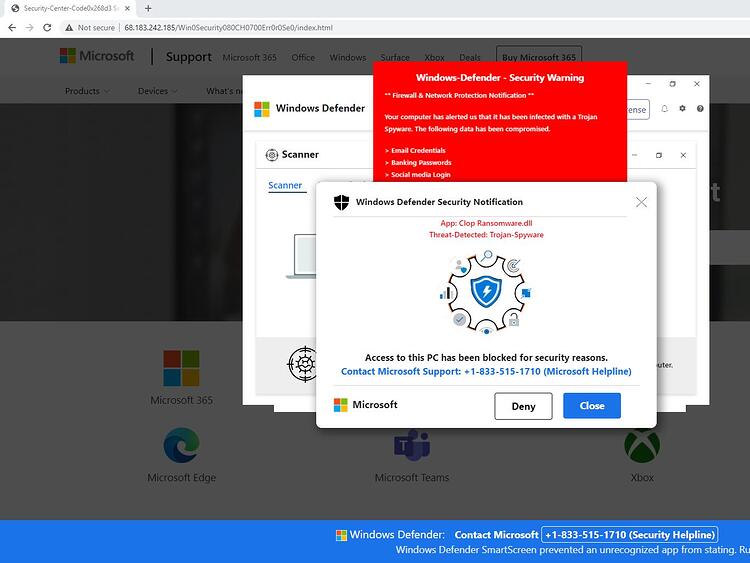 A guy “Mike” just answered and I am on phone now

Yep, I was just on with someone, too. They use AnyDesk and UltraViewer to connect in. I really want to get this number taken down, since its been up for way too long.

Lied to the scammer and convinced him i am a broke college student. He told me to restart my computer and then he said itll be free and he told me to have a great day.

I’ve already notified the carrier of the 833 number but I’m guessing they just dont care. FCC might want to step in but I doubt that, too.

Tech Support scammer got all twisted up when asked whether he thought Apple would approve of Microsoft getting into an iPad to get rid of all the hackers. He finally gave up when faced with a soupcon of logic. Spent about 45 minutes with him, but he was kind enough to give me his direct number. Ask for Eric at 5014153644 and say Hi.

Conversation at Tech Support Scammer Gets All Twisted Up - YouTube

I got in touch with Rick matin. didn’t even connect to my computer. He went right to trying to get a google play card for 100 USD.

Still going strong, yet another site deployed on Digital Ocean.